Skip to content
HomeBlognewsEl-Rufai insulted Jesus, no one killed him– Reno Omokri fumes. 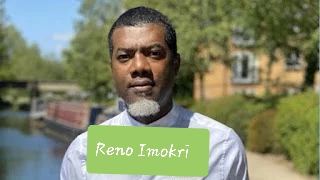 Reno Omokri the gruesome kiling of the female student, whose name l understand to he Dehorah, in Sokoto on allegations of blaspheming prophet Mohammed SAW must be investigated and the culprits should be severely punished.

Nasir El-Rufai insulted Christ, but Christians did not kill him! Nasir El-Rufai falsely accused Christians of being behind Bokoharam, but the body of Christ did not set him ablaze. We were rather tolerant, leaving him to God. So, why must Deborah be so barbarically murdered?

Only yesterday, a Catholic priest was murdered in the den of terrorists who had abducted him. Catholics, to their credit, did not blame those who share the religion of those who killed him. So, why could they not have charged Deborah if at all the allegations of blasphcmy were true? On July 9, 2016, evangelist Eunice Clisha was killed for preaching Christ in Kubwa, FCT. No one was punished. That samc year, Bridget Agbahime was beheaded in Kano for blasphemy no one was punished. The murder of Deborah must not go the same way.

Governor Aminu Tambuwal is contesting to be Presidernt of Nigeria and he end up giving his votes to his fellow fulani man, Atiku.

How he handles the gruesome burning of Deburah on allegations of blaspherning prophet Mohammed SAW will send a very clear message to all Nigcrians about how he intends to handle our diversity at religion and region!