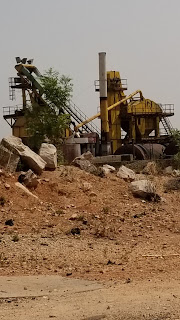 A reputable company domiciled in Nigeria has said they are relocating to another undisclosed African country due to the present scarcity of dollars in the Nigerian economy.

The comapny who is employing over six hundred Nigerians said the dicision is to avoid endless scarcity of USD due to government policies.

The managing director, chikwendu Onwuegbulam who spoke to our correspondent said ever since Nigerian Banks independently decided to reduce spending limits on Naira cards for international transactions to as low as 20 USD per month, doing Business with their Nigerian clients whose funds are in Naira has been so hard.

He noted that if the CBN does not take neccessary actions in forcing Commercial Banks  to let Nigerians exchange the naira for dollars from commercial banks, forex traders also known as black marketers will always create artificial scarcity of the dollars thereby leading to lesser value of the naira currency against dollars.

According to onwuegbulam, the CBN is the cause of the current inflation as they have rather tried to create policies that tend to devalue the naira.

“Am of the idea that CBN should force commercial banks to remove the spending limit on naira cards for international transactions as that will let the naira currency be more accessible in the outside world.

If this is done, importers will no longer have to source for all the dollars they need from the black marketers who are there to hoard the dollars. According to him, demand for the dollars  will naturally go down if the limits are removed and Nigerians can exchange naira for dollars directly from commercial banks. ” chikwndu said.

While interviewing an economist, Mr Anas Tenimu on the current inflation, he said the CBN should let the market force to determine the exchange rate and also remove limits for  international transactions on naira cards.

“The limit on naira domiciled cards for international transaction is baseless. The CBN should do the needful to let Nigerians shop internationally online without going to source for dollars outside the bank, this will enable the naira currency to have more value and be more acceptable.

Telling Nigerians that they can not exchange their naira for other currencies at the country’s commercial banks is like telling the world that the currency is valueless or the Nigerian naira is not acceptable outside the shores of the country.”  Tenimu noted.