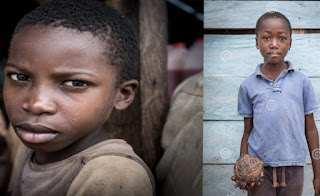 Fear grips Bagado people on 13th April after a young boy, Dogara around the age of 12 narrated how four men in a black car came to their house fully armed and was calling him to show houses of people who newly relocated to the area.

The boy had percieved the evil before him so he ran towards the direction of his dad who was on visit to a Neighbour’s house. The four-men-gang surounded the house around 5pm when the breeze was blowing.

“They were calling me to come, I saw  them with  charcoal on their faces while some of them were on mask. I was scared because of some persons they kidnapped from our area last week. I knew they were kidnapers even before they told me they will slap and kill me. They were chasing me but when they saw my dad raising alarm, they ran. I heard them said they will deal with bagado, kamazou and the entire areas because we are stubborn people.” Dogara told ochesy.com.

Recall we reported how 10 persons were kidnapped in the same Bagado and one was killed.

We also reported this week how 16 of the kidnapers were killed around a neighbouring village to the same bagado village.