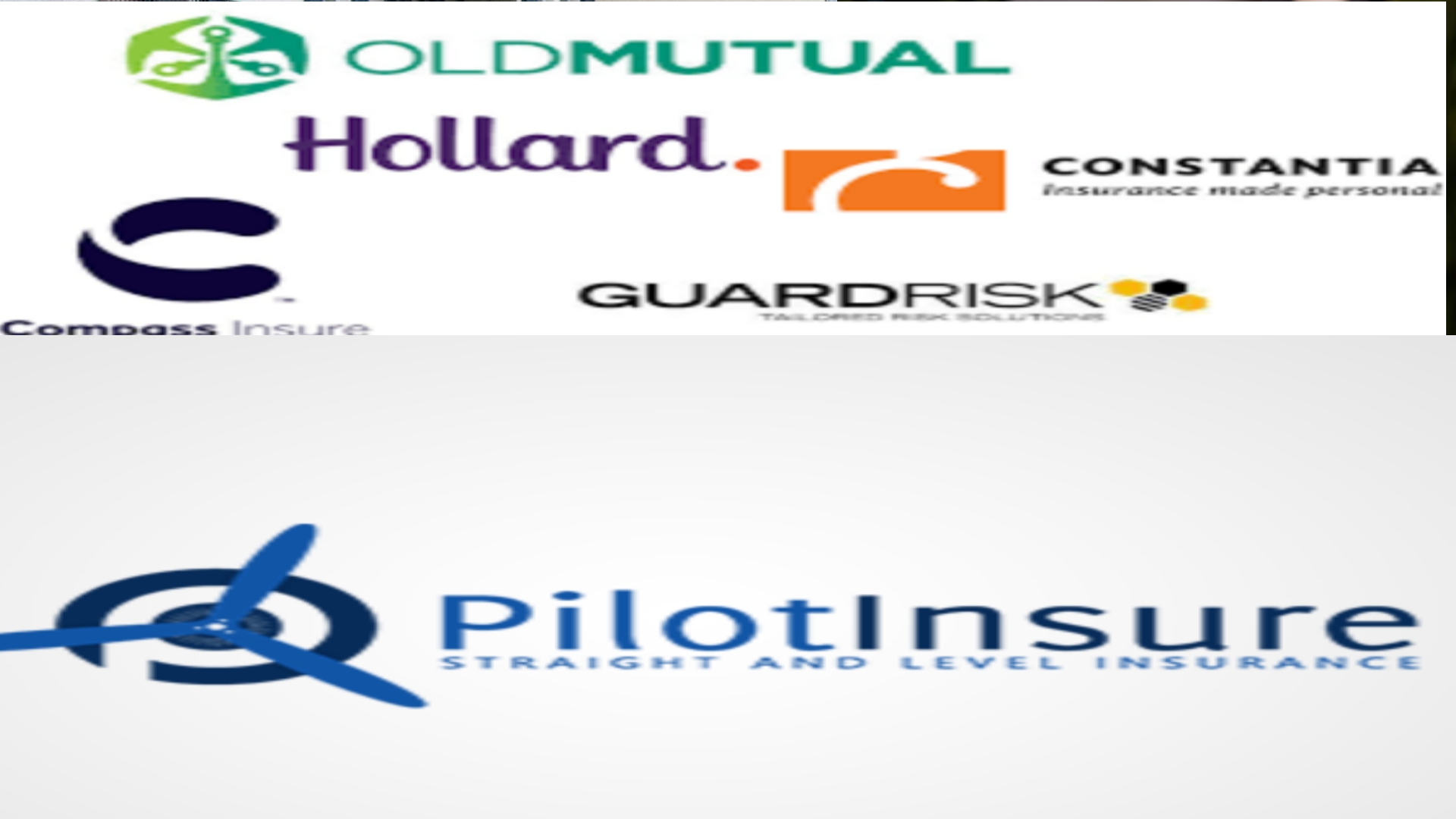 The issue of insurance is not anyone’s favorite topic, but everyone will likely need to deal with it at least once in their life. Whether you need to insure your valuables or possessions or get life insurance, the South African insurance companies out there give you the best coverages.

Although insurance is often quite expensive, it can be a lifesaver in unwanted situations, and you never know how badly you need it until you stumble without it. You won’t want to be caught up in this predicament, check out the best insurance companies in South Africa to see which one suits you best.

As you can see, there are a lot of options when looking for insurance, but since you are confident that these companies will have your back when things go wrong, necessity demands to choose the one that is right  for you. A lot are there to consider when making this decision, such as the type of coverage they offer and the price of their premiums versus how much they will pay for it. It’s also wise to test their customer service, as you don’t want to be stuck in a crisis with no one answering the phone.

We have dissected the above list and brought you the top 10 insurance companies in South Africa.

The company introduced monthly insurance, which reduces premiums that decrease as the value of the asset decreases. King Price Insurance is registered as a member of the South African Insurance Crime Bureau (SAICB). King Price insurance is reinsured by the reinsurance company Munich RE. The company is headquartered in Waterkloof Glen, Pretoria. King Price won two awards for Best Short Term Insurer and Best All-Newcomer at the 2013 South African Service Awards.

King Price offers all types of insurance. The firm have insurance policies for everything from your car and home to your favorite golf clubs or mountain bike. King price truly aspire to be the “Kings of Insurance” and as such have very competitive rates. One of their most attractive products is their R1 insurance, which claims to cover valuables smaller than R1 per month!

The group operates in South Africa, Namibia, Botswana, Swaziland, Zimbabwe, Mauritius, Malawi, Zambia, Tanzania, Rwanda, Uganda, Kenya, Ghana, Nigeria, Mozambique, India, Malaysia and the United Kingdom, and has business interests within U.S, Burundi,  Australia, Lesotho and the Philippines. It has a stake in micro-insurance professionals, UK-based Micro-Warranty Holdings Limited, which has a footprint across Africa and India and serves more than 10 million registered customers.

The company offers comprehensive coverage for any unexpected incidents that may occur such as illness, theft, accidents or even death. Enjoy absolute peace of mind when your have money and health secured at one of the best insurance companies in South Africa that provide you coverage for any shortfall.

They offer everything from car and home insurance to life and work insurance, as well as medical insurance.

The First Women’s Foundation was established in 2005 with the aim of uplifting and inspiring South African women, particularly those affected by the abuse of women. Since then, we have been actively involved in combating the abuse of women. With the support of our clients, 1st for Women has raised over 88 million rand for the causes of abuse of women, making a tangible and sustainable difference in the lives of more than 95,000 women. This difference is a testament to the collective strength of women.

1st for Women Insurance recipient of the Service Excellence Award in the Short-Term Insurance Industry was selected in the 2017 Ask Afrika Orange Index Awards, the largest and most referenced Service Excellence Seat. It was founded by John Fairburn as a mutual insurance company in 1845 under the name of the Cape of Good Hope Mutual Life Insurance Association. In 1970 Old Mutual acquired a significant stake in the newly formed Mutual & Federal and in 1973 acquired stakes in Nedcor Bank. In 1999, the company was listed on the stock exchanges of London, Johannesburg, Zimbabwe, Malawi and Namibia.

In 1999 it was changed and listed on the London Stock Exchange and the JSE Stock Exchange. In 2000, it bought the Gerrard Group, a financial services company and Boston-based United Asset Management. The life and pension industry in Malawi dates back to 1930 when the first life office, Old Mutual began selling Life Assurance products to customers in what was then Nyasaland. The firm later opened an office in Blantyre in 1954 with the appointment of a resident representative. The year 1976 saw this office upgraded to a full branch office of Old Mutual South Africa. It’s an associate of Old Mutual plc and is currently the only foreign company listed on the Malawi Stock Exchange.,

The long-term (life) insurance market has two major players; Nikko Life Insurance Company Limited and Old Mutual. They manage about 97 percent of the 3 billion kwacha premium income market, with Old Mutual dominating with a 55 percent market share. Vanguard insurance Company Limited is the third player. Its direct short-term insurance product, iWyze, offers comprehensive car and home insurance. With over 160 years of knowledge and experience in the insurance industry they use the wealth of wisdom to provide you with the best coverage.

In early February 1998 this insurance company was “revived” by Willem Ross, Howard Aaron and Rene Otto – they bring car and family insurance straight to South Africa with the promise that you will always get something. OUTsurance is a member of the Rand Merchant Investment Holdings (RMI) group and an authorized financial services provider. In 2003, Business OUTsurance was launched to meet the unique business insurance needs of all types and sizes of businesses. OUTsurance Namibia has also been in the Namibian short-term personal insurance market since July 2007.

The company has always strived to stay above its competitors, offering new and innovative ways to give its customers the best insurance coverage ever. OUTsurance pride itself on making sure that its clients always get something. The popular OUTBonus program  customers are rewards with cashback, provided they do not claim it for a certain period of time through it’s OUTBonus program.

The company was founded in 1992 by Douw Steyn as a budget insurance company, guarantor. Budget Insurance Services was established in 1997, and the following year, Budget Insurance stopped underwriting and became an intermediary company. The firm in 1999, acquired Arnott Century, and changed its name to Budget Retail. The group acquired Dial Direct and Bennetts in 2001, and in 2002 launched a joint venture called Junction which was a major contributor to its growth through partners like Bingley, M&S Money, Bradford & and Yes Insurance.

In 2003 the company launched its own uninsured loss recovery company, ACM ULR, and in the same year conducted a public relations and marketing campaign for Bennetts, helping establish the bicycle insurance company as a leading brand in the UK market. In 2004, Budget was noted to offer the most competitive home insurance, and the cheapest car insurance coverage.

It offers insurance that covers all aspects of your business. From your car to your office and all its contents, as well as the money on the premises. Budget is designed for any business, from a small coffee shop to a large enterprise.

MiWay was launched in February 2008 as a joint venture between Sanlam, Santam and PSG, and Santam acquired MiWay in 2010 and became a wholly owned subsidiary of Santam.

MiWay offers a range of business insurance packages. From comprehensive coverage, to covering different aspects of your business such as every plant, machinery and goods in transit. This means that you are able to secure individual parts of your business or include everything in just one plan, depending on what works best for you.

Founded in 2011 with the goal of seizing opportunities in the health insurance market and offering affordable private healthcare to all South Africans, Affinity Health is a dedicated supplier of long-term health insurance products.

Affinity Health offers simple and effective medical insurance. They provide cover for those who can’t afford the exorbitant Medicaid fees, while still giving their clients peace of mind that they are covered should they experience a medical crisis.

This company was established in 1992 by Adrian Gore and Barry Swartzberg. In the same year, RMB Holdings (RMBH) acquired a stake in the company by making Discovery Limited a subsidiary through the Momentum Group (now part of MMI Holdings Limited). This  Group came to be part of First Rand after the merger of the financial services interests of Anglo American Corporation of South Africa Limited (now Anglo American plc) and RMBH to achieve the goal of creating a unified financial system

Discovery’s health insurance is its own association. They have gone on to outperform every one of their competitors and remain one of the top insurance companies in South Africa. Modeled for all different budgets and needs, their packages have built a trusted name for the firm. However, their prices can be quite exorbitant for the average South African.

Liberty was founded in 1957 by Sir Donald Gordon who has watched his father work hard all his life but reap few financial rewards for his efforts. This struggle ignited in him the widespread belief that all people should have the opportunity to grow their fortunes and leave a proud legacy for their family. No doubt, this belief is in our name and our flame, taken from the Statue of Liberty and imbued with the same meaning of freedom and opportunity.

Nearly 60 years later, and with a presence in 18 African countries, we have grown from a South African life insurance company to an African financial services company, providing investment, asset management,  insurance and health products to 3.2 million people across Africa.

The company  offers you a life coverage plan that you can simply sign up for over the phone, in addition to a traditional coverage plan. Life Over the Phone Cover allows you to take cover without any forms or medical exams and will pay out a chink amount to your beneficiaries when you die.