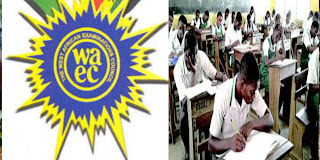 Earlier in November 2021, the WAEC announced that the results of 170,146 candidates were withheld in connection with several reported cases of exam malpractice.

This was confirmed by the Acting Head of Public Affairs Department of WAEC Nigeria’s office, Moyusola Adeigbe, in a telephone interview with PREMIUM TIMES reporter on Monday.

The confirmation was a follow-up to an earlier statement issued on Sunday by the examination body, which states the decisions of the Nigerian Examinations Commission (NEC), the highest decision-making body of WAEC on matters related to examinations in the country.

According to thee statement, the committee met between Thursday, April 7 and Friday, 8 ‘to consider matters relating to the conduct of the West African Higher School Examination (WASSCE) for school and private sector candidates.’

‘Yes, for those whose results will be announced among the candidates, they can start checking on Thursday and another on Friday,’ Ms Adegbe said.

The WAEC said the committee meeting, which was the 73rd in the series, chaired by the Director of Basic and Secondary Education at the Federal Ministry of Education, Binta Abdul Qadri, extensively discussed reports of irregularities, special cases and requests for clemency arising from the 2021 WASSCE procedure for school candidates, 2021 WASSCE for private sector candidates. (Second Series), and 2022 WASSCE for Private Sector Candidates (Second Series).

The Examinations Authority said decisions were made not only about the offending candidates but also about schools found guilty of errors in the exam.

It added that individual supervisors and observers found responsible for aiding and abetting such vices also recommended punishment.

Meanwhile, depending on the class and degree of offense committed by the candidates, WAEC indicated that some of them were banned from attending any of its exams for two years.

‘Moreover, some candidates will also suffer other penalties such as being barred from participating in board exams for two years.’

The committee commended the council for its thorough investigations into the malpractice cases reported during the meeting, as it commended the ministries of education in some states that imposed penalties on violating observers and supervisors who were reported to have been involved or assisted in conducting an examination of any kind.

However, it has noted that there has been a decrease in the enrollment of candidates with special needs, and has tasked the Board with researching and providing solutions to the challenge and continuing to make provisions to meet these candidates.

The statement further noted that the commission was dismayed by the actions of some state governments and stakeholders who questioned the penalties imposed on errant candidates, schools and persons involved in exam misconduct.

Also the e statement added, ‘WAEC should be allowed to continue the mission of providing quality assessment to the Nigerian child without hindrance; WAEC must continue to punish screening malpractice, no matter what its bull.

‘All states, schools and individuals must continue to respect and obey the impartial decisions of the Nigerian Examinations Commission (NEC) in favor of education in Nigeria; the commission said cases of harassment of WAEC government officials by state government agents should be reported to His Excellency the Minister of Education.’