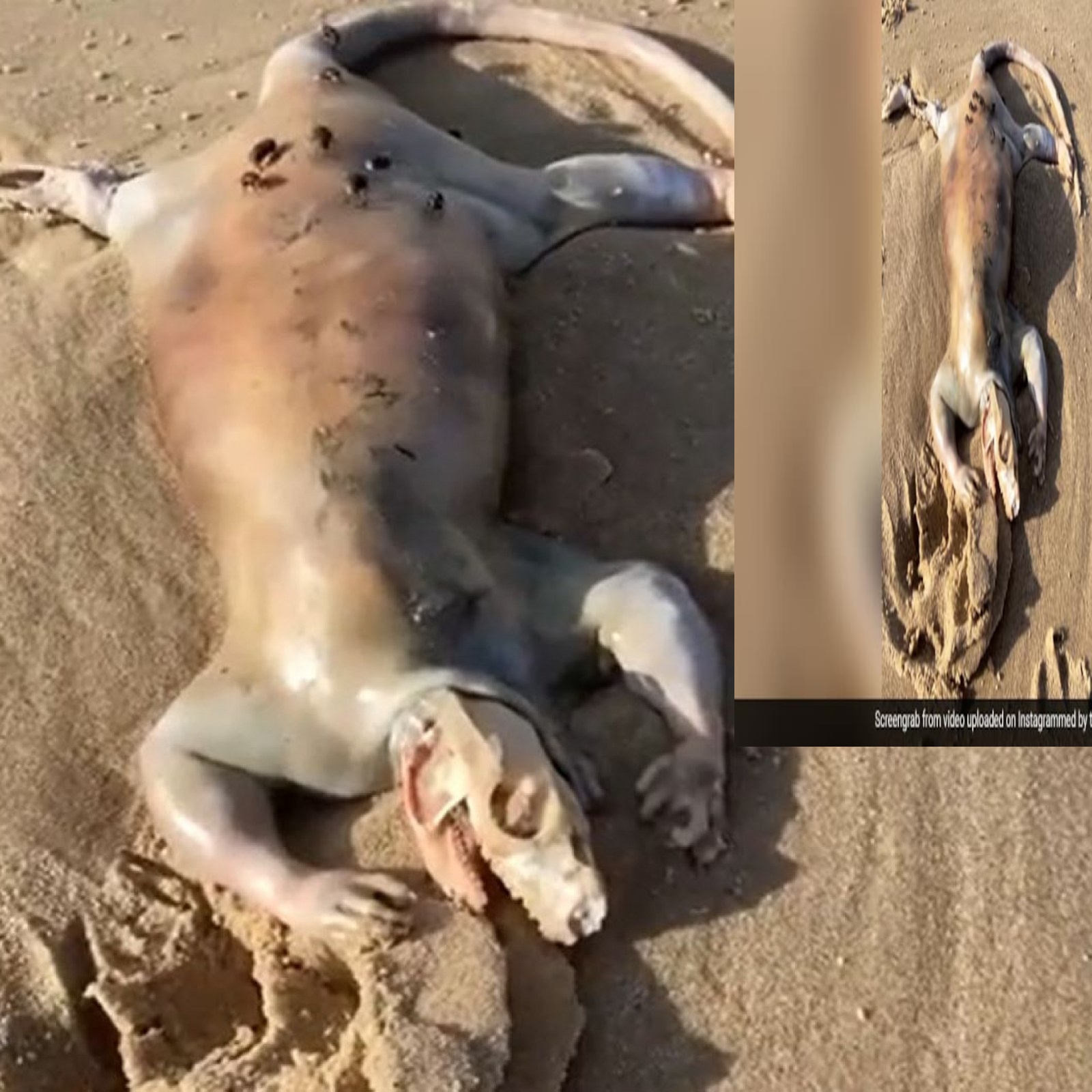 Recently, an Australian man was stunned after he came across an alien-like creature on a beach in Queensland, Australia. This baffled Alex Tan who later shared shots of an “extraterrestrial” creature on his Instagram profile, and it definitely garnered a lot of attention.

Alex, who’s a Christian pastor can be heard saying in the video: ‘I’ve found something strange.’ ‘It’s like one of those things you see when people claim they’ve found aliens.’ The video was then directed toward the corpse of something with rat-like claws, a decomposing skull, and a very long tail.

He said his frightening discovery looked like ‘a hairless opossum, but unlike anything I’ve seen,’ before saying he thought it was an ‘alien.’

Alex Tan was walking on Maroochydore Beach on the Sunshine Coast when he set his eyes on a mysterious creature. ‘initially, I thought it was a three-meter flat or something, but as I got closer, it looked like a cross between a dog, a possum, a kangaroo, and some kind of giant rat,’ Tan told reporters. He had a little nibble from it. I think it’s some kind of deformed opossum.’

However, the mystery behind this strange-looking creature has finally been deciphered and has now been identified. University of Queensland associate professor Stephen Johnston has cleared the air by agreeing with Tan on his theory.

‘when I was done consulting with my colleague Heather Janitsky from the Museum of Queensland, we are certain it was a swollen, watery animal that has lost its fur,’ he told the Courier Mail.

The skull and hind limb provide clues. It’s assumed that the animal may have been washed into the ocean during the floods.

So, it looks like the Professor won’t get any brownie points because Tan was smart enough to spot the creature.

This isn’t the first time an unusual creature has washed up on a beach and completely shocked people. Earlier this month, a Sydney resident came across something strange looking while out for a morning jog. Harry Hayes was running in Marrickville when he saw something that looked like an alien.