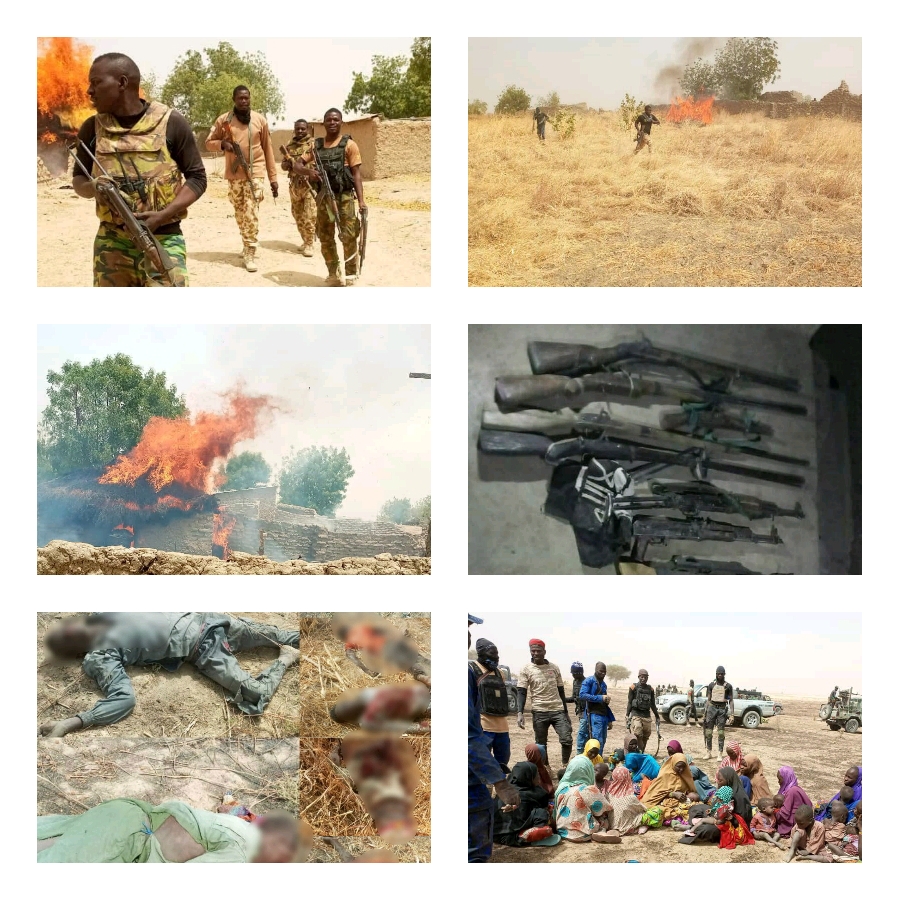 At a time the world is faced with fear and horror of blood flows, Nigerian army with all bravery takes the war against terrorism to the coast of ISWAP and Bokoharam terrorists in Borno and entire north-eastern part of Nigeria.

The fierce attack that lasted for hours saw many Bokoharam and ISWAP fighters dead around Musiri and Ndufu in Borno Nigeria.

This was made known through the twitter handle of the Nigerian army.