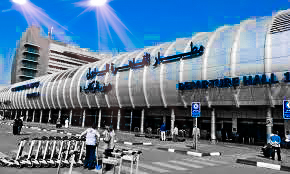 Business Insider Africa provides a list of the 10 best international airports in Africa. The list is submitted by the World Airport Awards 2021 organized by Skytrax.

The Nigerian government on Tuesday (March 22nd) unveiled a luxury building at one of its international airports in Lagos. Business Insider Africa understands that this is part of the infrastructure upgrades underway in this West African country across five of its major airports. A quick tour of the facility showed a really beautiful place, befitting a country that claims to be the “Giant of Africa”. Irrespective of that, Nigeria does not have one of the best airports in Africa.

As you well know, international airports are the gateway to every country. Therefore, there is a need to present the best image of a country to international visitors, by ensuring that airport facilities are state-of-the-art and well-maintained. Also, the personnel at these airports must be professional enough to always provide the best possible service to the visitors. These are some of the criteria used to determine the best airports around the world. However, Business Insider Africa hereby presents the 10 best airports in Africa as of 2021. This list is provided by the World Airport Awards, an annual awards event organized by Skytrax, a UK-based consulting service that specializes in airline and airport reviews. Since 1999, Skytrax has become the world’s most trusted source for quality reviews on various aspects of the global aviation sector.

Each year, the Skytrax Airport Customer Satisfaction Survey focuses on customer service and facilities at more than 500 airports around the world, in an effort to identify the best airports in different parts of the world.

Here are the top 10 international airports in Africa

This is currently the best airport in Africa. Established in 1954, this airport is one of the oldest and busiest on the continent. Travelers can get direct flights to major travel destinations across Africa, the United States, Europe, the Middle East and Asia from this airport.

This airport is one of the busiest in Africa, and has the capacity to handle nearly 30 million passengers annually. It was founded in 1952 and was originally known as Jan Smuts International Airport.

This is the main airport in Mauritius. Launched shortly after the end of World War II in 1945, the airport was initially known as Plaisance Airport. From 1940s, the airport has undergone major reconstructions to expand and modernize it. It has also been reported to have played a large role in the economy of Mauritius.

Also known as Aéroport Marrakech Ménara in French, it is Morocco’s main international airport, welcoming millions of passengers from Europe, the Middle East, and other parts of the world. The airport has been around since the 1940s, playing a large role as a hub for the US military. Since then, it has undergone alterations, including a 2008 extension of the main building that left the airport’s architecture with a mixture of traditional and modern elements.

Here, is another major international airport in Morocco that specifically serves the city of Casablanca. Initially called Berrechid Airport, it was built by the United States in 1943 and served as an auxiliary airport. Although the United States temporarily handed ownership of the airport to Morocco at the warm end of World War II, the North African country did not take full ownership until 1959. It was then renamed Mohammed V International Airport, after Mohamed Khamis Ben Youssef. Ben Hassan Alaoui, who was the Sultan of Morocco from 1927 to 1953.

Established in 1962, Addis Ababa Bole International Airport is the main international airport in Ethiopia. It replaced the now decommissioned Lideta Military Airport, and has since undergone some major expansion work, including the current expansion of the passenger terminal Jandled by some Chinese companies.

Rwanda is a landlocked country. Perhaps this explains why the country does not joke about its airports, especially Kigali International Airport which is the main airport. According to publicly available records, the airport is designed to accommodate about 400 thousand passengers annually. But as of 2013, over 600,000 passengers have been logged in for both domestic and international flights. This prompted plans to expand passenger terminals, even as efforts continue to build a new international airport.

This is another airport in South Africa that serves the city of Port Elizabeth. Also known as Chief Dawid Stuurman International Airport, it was established in 1929. Since then its facilities have undergone significant rebuilding to fit the modern era.

Finally, we have Bram Fischer International Airport. It is the main airport in Bloemfontein, one of the three capitals of South Africa. Previously known as Bloemfontein Airport, it was renamed in November 2012 during a ceremony presided over by former South African President Jacob Zuma.