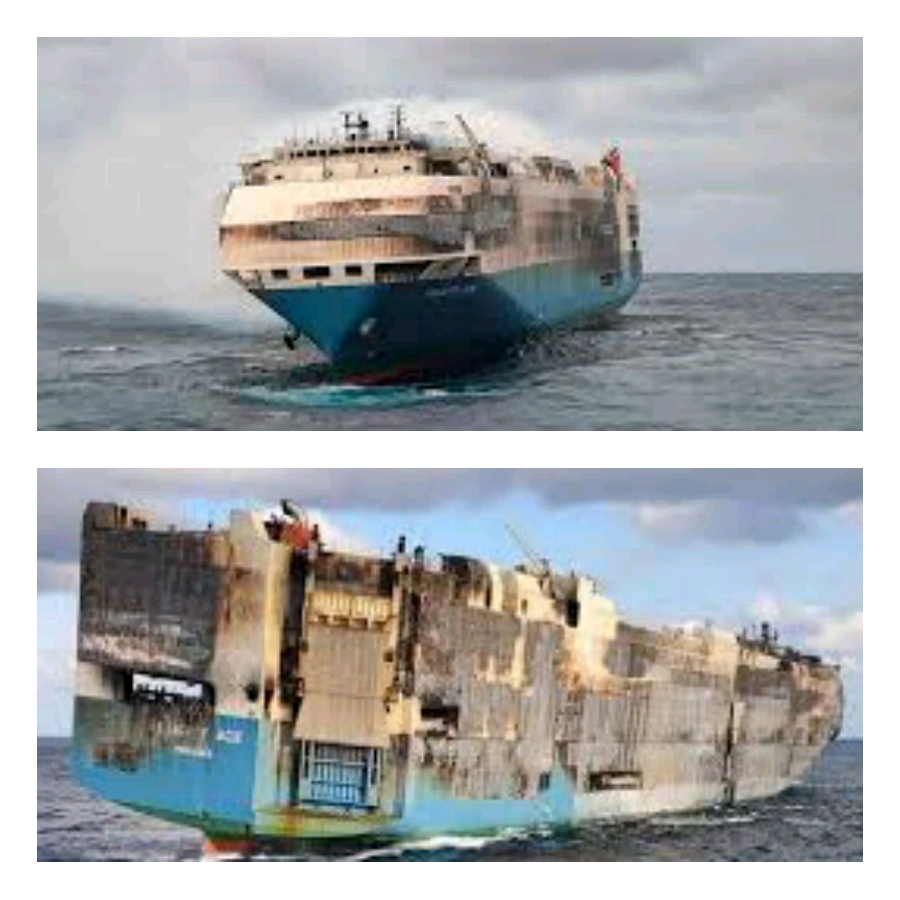 THOUSANDS OF LUXURY CARS SANK IN THE ATLANTIC OCEAN

The ship was traveling from Germany to Rhode Island when it caught fire.

BERLIN – A cargo ship that caught fire last month with thousands of luxury vehicles on board sank on Tuesday morning, the ship’s management company said.

MOL Ship Management Singapore Pte Ltd, which owns the company that operates the ship, said the Felicity Ice sank around 9 a.m. local time about 220 nautical miles (253 miles) off the Portuguese Azores after it began taking Water and tilt to one side. The Panama-flagged merchant ship carrying about 4,000 luxury cars – including models from Porsche, Bentley, Audi, Lamborghini and other Volkswagen AG brands – caught fire in February and burned badly for several days.

SMIT Salvage, the Dutch company tasked with salvaging the ship, sent a team of large ocean-going tugboats to the scene and were towing the ship to safety when it sank.

The ship was carrying about 4,000 vehicles made by the Volkswagen Group – including Porsche and Bentley – from Germany to the United States.

During its tow, the Panama-flagged ship Felicity Ice sank due to structural problems caused by fire and stormy seas, according to a port official.

Losses could reach more than $100 million

About 22 crew members were evacuated when the fire broke out on February 16.

Rescue crews and the Portuguese navy said the severity of the fire could be explained by the large number of electric vehicles on board. Some batteries are known to be flammable and burn at a high temperature when burned, which makes it difficult to extinguish such a fire.

The Felicity Ace fire is one of the first on a major automobile carrier carrying a large cargo of electric vehicles.

The accident sparked a debate among insurers and regulators over how to transport such vehicles safely, a question that will gain urgency as electric vehicles become more common.

While the cause of the Felicity ace fire may never be known because the ship is lying on the ocean floor, experts say there is a risk that the batteries in electric cars could short circuit and catch fire. This may mean that precautions not relevant to conventional vehicles may have to be taken into account during transportation, the regulators said.

After the fire stopped, Volkswagen said it expected “significant parts of about 4,000 vehicles of several collective brands to be damaged in the ship fire that they can no longer be delivered”.

Volkswagen declined to comment on the value of the shipment.

Accident insurance experts Russell Group Limited estimated that the cargo on board the Felicity ACE amounted to about $438 million, of which $401 million was for cars on board. Russell estimated that Volkswagen could face losses of at least $155 million.