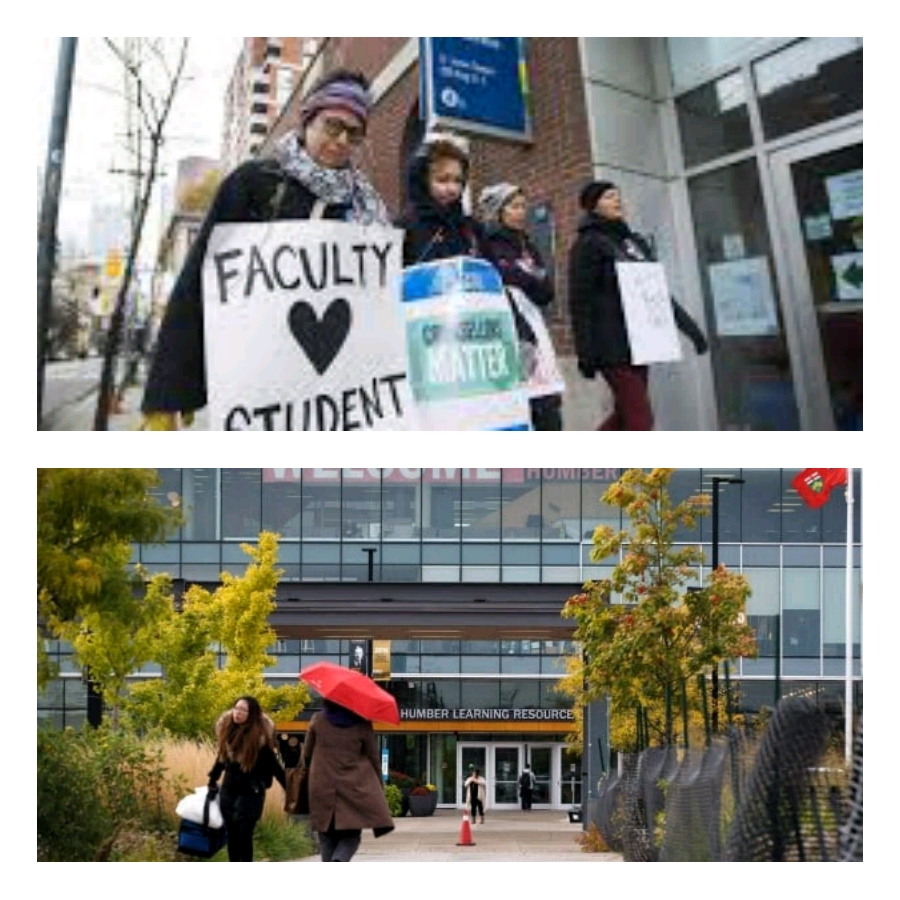 A Strike At 24 Public Colleges In Ontario Was Averted After The Two Sides Reached A Last-minute Agreement Thursday Night To Enter Into A Binding Interest Arbitration.

On Monday, March 14, academic staff of the Ontario Public Service Employees’ Union (OPSEU) representing full- and part-time professors, teachers, librarians, and consultants gave notice that they would withdraw their services starting with a full-blown strike on Friday, March 18, 2022 if no solution was found. By then. Negotiation is scheduled to resume on Thursday, March 17, 2022. The college’s faculty branch, OPSEU which represents more than 16,000 professors, teachers, librarians and advisors, had planned to come out on Friday if their demands were not met.

The union is in talks Thursday with the college employers’ board in an effort to reach a negotiated settlement before the strike deadline. CEC is a government-mandated negotiating unit representing 24 publicly funded colleges in Ontario. Both parties tweeted Thursday evening that they had reached an agreement and that the strike, which was due to start at 12:01 a.m. on Friday, has now been called off. It is expected that all work strike activities for the base will cease as well.

“We are pleased to announce that the College Employers Board and the OPSEU Academic Consortium have agreed to enter into binding interest arbitration and cancel the strike that was scheduled to begin on Friday, March 18. Classes will begin as scheduled. It’s our desire and pleasure to thank everyone for their patience, understanding and professionalism during these negotiations.” The strike could have affected more than 210,000 students.

The main issues in the labor dispute were workload, out-of-faculty hiring, and benefits for part-time faculty, according to the union.

The union, in a letter to colleges, said binding interest arbitration is a common way to resolve labor disputes in the post-secondary sector and will not be a win-win for the union or colleges, but for students.

He also stated that if there is a change in the event of a potential strike, we will share it on our website and via social media as soon as details become available. Academic staff at Ontario colleges have been working without collective agreement since September 30, 2021. Negotiations between the two sides broke down in November, and staff voted last month to reject the council’s latest offer.

Binding arbitration involves requiring a neutral arbitrator to resolve a dispute by building a compromise from two competing proposals. The College Board of Employers says it will agree to the final offer arbitration, which allows the arbitrator to choose between a final offer or another offer.

“Insisting on interest arbitration to end this round of bargaining, the union has refused to acknowledge that colleges did not ask for anything and actually agreed to many of the union’s demands,” the Council of Employers said in a statement this week. ‘Not to miss that by saying that it would accept an arbitration of interest, OPSEU is willing to accept a settlement if forced, but not willing to propose any on its own initiatColleges say the union is demanding changes the employer cannot make, and cite an October 2021 report from a broker that concluded it sees no way to settle the union’s remaining proposals, calling them “too ambitious and wholly unrealistic.”

Meanwhile, Ontario Minister Jill Dunlop earlier expressed dismay at the threat of a strike, saying college students could not afford to strike.

Ontario College students can’t do that. The province’s post-secondary minister said Tuesday, days before a planned full withdrawal by faculty members. The college bargaining team of the Ontario Public Service Association, which represents professors, coaches, librarians and advisors, told colleges they would strike Friday if the institutions did not agree to the binding interest arbitration.

Colleges and Universities Secretary Jill Dunlop said she’s heard from students and parents who are feeling very upset. “Students cannot afford to go on strike at this time,” she said at an unrelated news conference in Brampton, Ontario. “They are finally back in the classroom. This is where they should be. It’s where their best education is, where they collaborate with their colleagues and faculty.” Premier Doug Ford says he doesn’t like hitting anyone “especially in these circumstances, when we’ve been through hard times.”