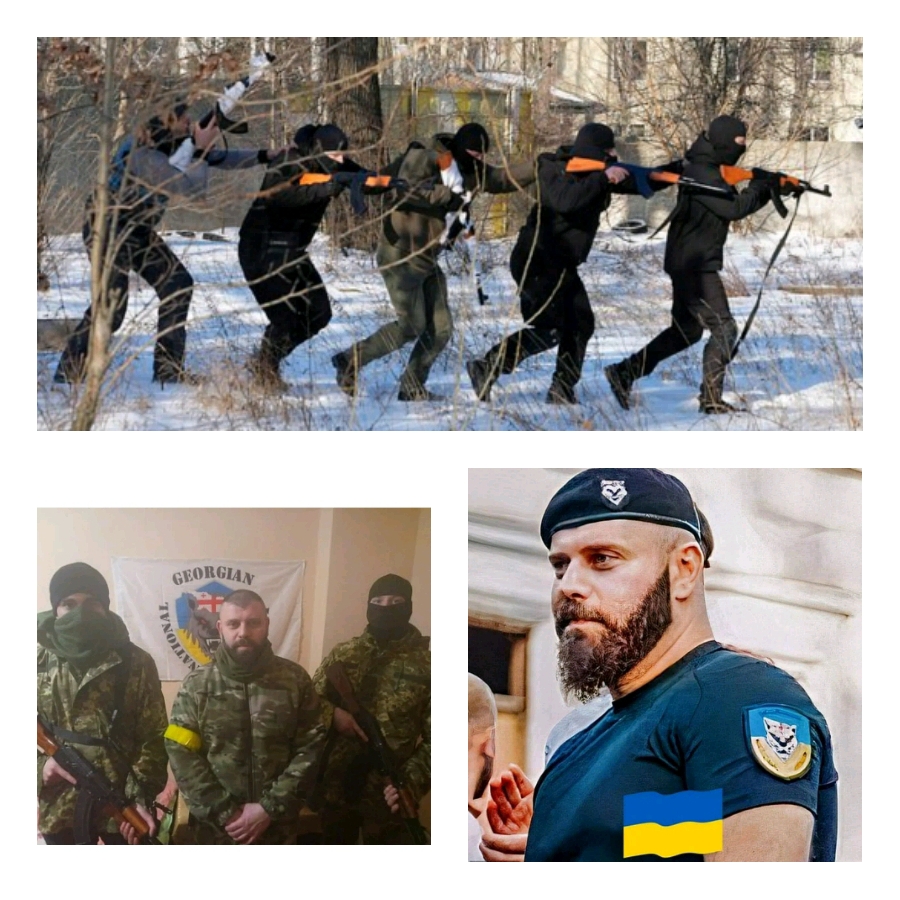 Several numbers of former British servicemen, mostly  resistance fighters were traveling out to Ukraine following the plea of  Volodymr Zelensky, the Ukrainian president for help in pushing back the Russian invaders.

Alot are heading to training camps established by a man, Mamuka Mamulashvili who is the commander of the Georgian Legion.

Known as Mr. James and  Thomas, Mamuka explained how the both of them had travelled to Ukraine country through Poland this last week.

Thomas, 25yrs, from London, stated that: ‘I served four years with the British forces  and i resigned but one of my contacts in the army  suggested I call Mamuka as they were looking for men to help in Ukraine.

‘I never hesitate. I got good experience and training, especially peace keeping but the main  thing is I have experience and also a medical knowledge which is what is needed in these situations.

‘The person who connected me with Mamuka is highly connected. When he told me about the Georgian Legion, what they were engaged in was a no brainer.

‘The people here are very dynamic and the training they are giving is second to none – there are good people out here,  Americans and British ex Special Forces are all here.

‘They have different skills, they are sharing their knowledge which is for those new guys who are comming and don’t have any military training.

‘I just want to help Ukraine in the war against Russia. You can not watch women and children being killed mercilessly without doing any thing.’

Thomas have advice for those tempted to go to Ukraine and fight ‘just for the fun’.

He said: ‘My advice to all is stay at home, do some humanitarian work back home in Britain, you can help in other ways apart from comming here, there is no point coming out here and probably end up in grave.

‘It’s not a Call of Duty, the Russians aren’t screen graphics, they have guns and are quite ready to shoot and kill.’

However James, 22yrs, from Manchester, who was working as a warehouseman, lost his job recently. He said he had no military training but feels  ‘sense of duty to help the Ukrainians’.

He added further: ‘is ok, I don’t have any training but Mamuka has agreed to train me and the instructors here are very good people.

‘They are not going to give me gun and send me to the front line – they are going to train me with the  tactics, how to use all necessary weapons and how to be alive because i like to get back to Manchester alive, hail and hearty.

‘As well said by Thomas, the instructors are the best of all, they are Britainians  and the US so language is not a problem here, I can pay attention and learn.

‘A lots of persons back home watching all this horror on news and want to help. I heard they are  looking for volunteers so I decided to come out here.

‘I’m very young, very fit, I have my arms and healthy legs  so why won’t I help out ? My life was not really going further  in the United Kingdom so I come out here and made my streight way to the HQ of the legion.

‘The border guards security showed me the right direction and that’s where I met with Thomas and some of the other Brit men.

‘Am grateful it might be a death sentence for me but I am serious about doing something to help Ukraine families that are oppressed and the training I’m undergoing will hopefully help me to stay alive more.

‘I have only been in this great region a few days but it is serious and we are all just cracking on along with it. My family are aware what I am doing and they are worried. Inspite of the worries  , my family are proud of me.

‘Families being slaughtered like chickens, we have to get up and help.’

Commander Mamuka explained to a news channel: ‘I have 3 force  bases across Ukraine. I am training foreign defenders and those who want to join are welcome to make themselves avaible at the border.

‘The guards have directives for brave  people who want to reach us and we shall give them training when they come here if they have no military experience before.

‘I have many friends from Britain, some have fought with me and some are new like Thomas and James but we are all ready to take on more.

‘We are getting  aids and different men from many countries but we need more of the men  to ensure the freedom we all cry for in Ukraine.

‘Any one that want to join us in a battle for democracy against military authoritarianism should please do.’

Mamuka, who has been fighting the Russian forces since they attacked Georgia in 2008 and set up his defence  movement as a result, added: ‘We have to fight  Putin. He is threatening the world security not just European security alone.

‘We all saw what Russia did in Georgia and right  now we are watching the same thing happening in Ukraine.

‘We have to try and stop it and defend the oppressed Ukrainians  – who are being killed on daily basis as I speak with you right now.

‘What we all need in Ukraine is a no fly zone. That is the only way to help Ukraine and its people because Putin aggressors are killing innocent civilians beyond imagination.’