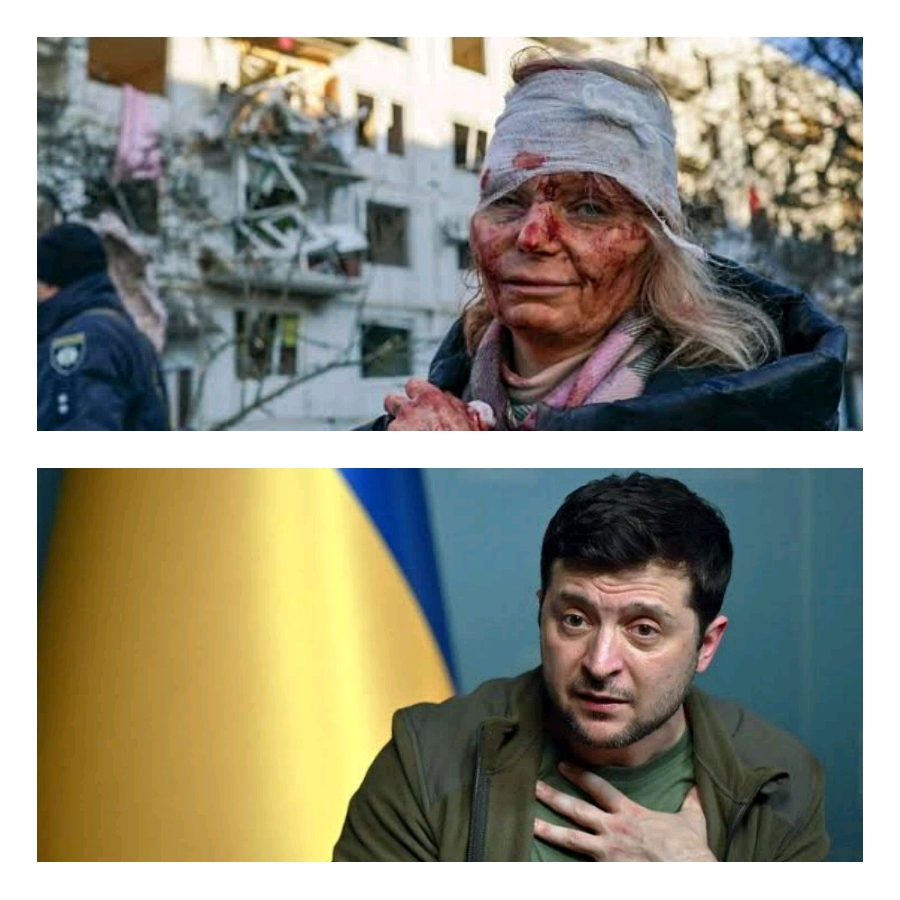 ‘We will never forgive atrocities. We will not forget it in all our generations’, Zelenskiy has warned Putin and all Russians.

Zelenskiy has addressed the world in national broadcast. Zelenskiy warned Russians and the Russian president of their agression in his country, stating that the people of Russia will never forgive Russians.

The aggrieved Ukrainian president who addressed  the country in what appears to be a passionate and determined manner, told Russian forces that who ever does involves in any atrocities in Ukraine  must be killed and sent to the grave as that is their rightful homes.

“We will revenge every damages in our land, the polluted sea and the air, we will revenge. all the misciles propelled against Okhmatdyt, we will revenge. Over 500 dangerous war weapons hit our land and have killed our people, this includes women and children. We are not happy and will surely punish the Russians for this atrocity. We will revenge our murdered Civilians, our destroyed houses and great infrastructures.” Says Zelenskiy.

“The countless numbers of Ukrainians that have died, we will avenge their bloods. the Russians should know that God will not forgive them forever too. The Russians must face a day of judgement “. He added

In another statement as interpreted by a local news, Zelenskiy expressed in anger again as follows, ” we have lost our people, how many more will be dying again? We must avenge them of their blood and no Ukrainian will ever forget, we will fight every bastards who have hands in shooting Ukranians, we will make sure all Russians that have hands in the pains of Ukrainians finds their rightful place in grave.”