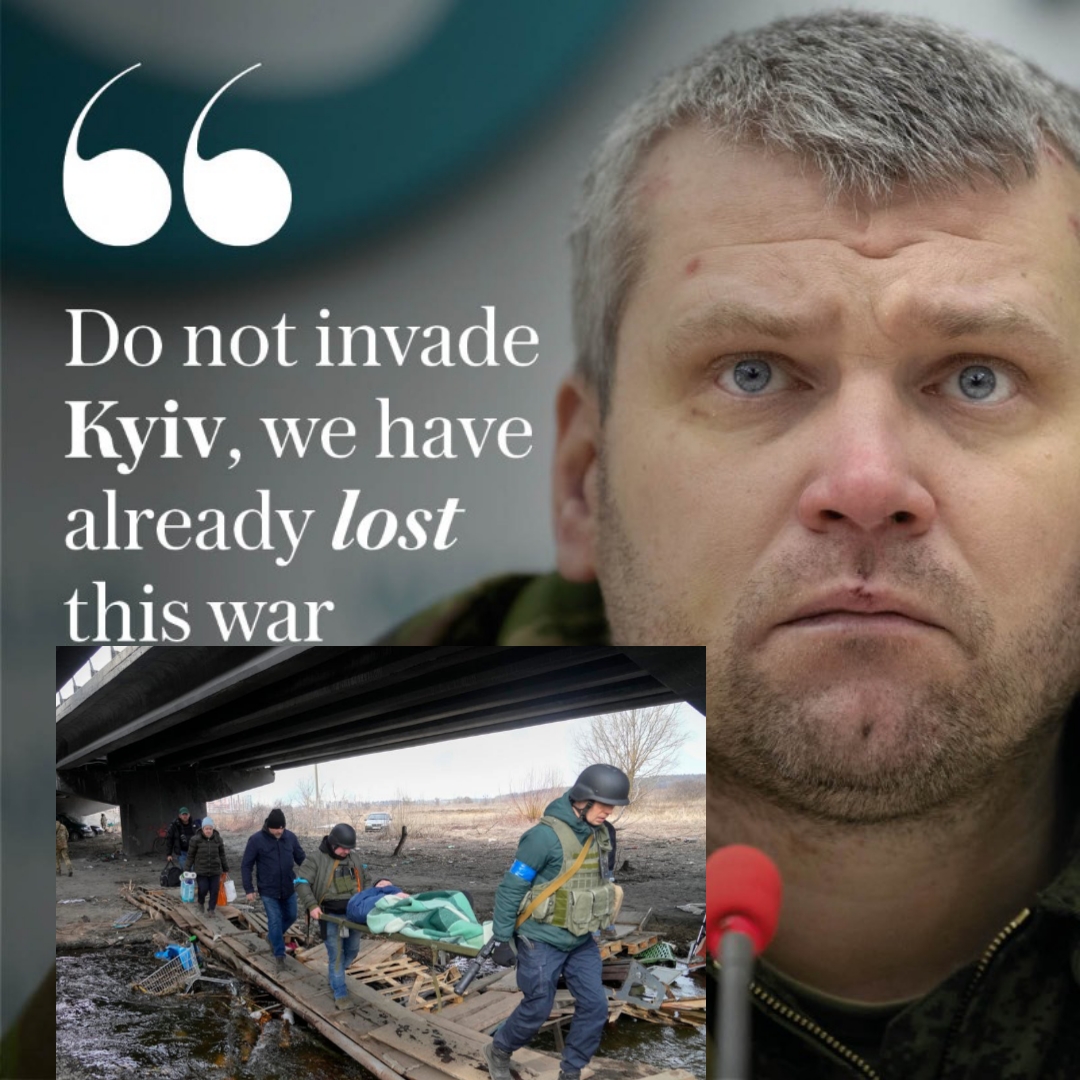 Maxim Krishtop, a Russian Lieutenant Colonel  pilot shot down during a raid was captured by Ukrainian.

Maxim Krishtop pleaded for pardon as he admitted that Russians have carried out “terrible war crimes” in the present Russian Ukraine war . He called the attempts to invade Kyiv, where tensions rose high on Saturday, “unreasonable”.

“The invasion of  Kyiv is pointless – it will lead to big loss of humans and properties .

“I am asking you all to stop following criminal orders by Putin, stop fighting peaceful Ukrainians, and stop killing innocent civilians – you can see clearly that we Russians have already  lost the war.” Lt Col Krishtop said

7 civilians, including a child, lost their lives in the Peremoha, around the Kyiv region – this was less than one week after the remarks of the preasoner.

“Russians shot at women and children while evacuating from Peremoha village  in the Kyiv along a ‘green’ corridor.

After the deadly attack, the occupiers of the region forced remnants of the column to return to Peremoha and are not letting them out of their village.” It said in a statement.

Since the  invasion of Ukraine in February 24, the Kremlin has denied targeting Ukrainian civilians.

Zelensky warned in a news briefing of fierce resistance of the Ukrainian people incase Putin’s fighters enters the Ukraine capital.

“If they want to carpet bomb here, and simply erase the history of this our great  region and destroy all of us here, then they will enter Kyiv certainly.

“If that’s Russain aim, they are free to come but they will have to stay on this once a great  land by themselves.” He said

Zelenskiy gave an update account on the number of dead victims since the war started, saying  1,300 Ukrainian active and non active servicemen have lost their lives.

Other sources said around six thousand (6,000) Russian soldiers kicked the bocket since the war began.

The Ukrainian president discussed the war with Emmanuel Macron, the president of France and Olaf Scholz, the German Chancellor, who also informed Putin via phone in a bid to declare  ceasefire.

The conference call did not bring the results, as a Kremlin statement made no mention of a ceasefire, and French presidency said: “We did not see willingness on Vladimir Putin’s side to end the war soon”.

In all, the 40-mile convoy stalled north of the capital since last week on Friday appeared to have dispersed and been redeployed back.

According to satellite images, armoured units were moving in and through the  surrounding towns close to Antonov airport.

The movement of the 40 miles convoy was belived to have a tendency of signaling  a push towards the country capital. Institute for the Study of War said Russian troops “continued in the eastern, western and north-western outskirts of Kyiv”.

The toll of humanitarian for Putin’s invasion is increasingly becoming clearer as the war continues.

Not less than 2.5 million civillians have fled Ukraine since the war.

More than half of this figure fled to Poland, while others are in EU countries. According to bloc’s decision, Ukrainians are entitled to 3 years residential permits within EU regions.

According to Prime Minister on UK,  Boris Johnson, upcoming scheme is to allow Britons to take people from Ukraine into their homes.

The plan would now add to the Ukraine Family Scheme.

On the other hand,  UN warned the number of refugees from Ukraine could  double in the coming days ahead.

Spokesperson with the U.N. refugee agency (UNHCR) Matthew Saltmarsh, explained to journalists : “It is possible the planning figure of 4M will be revised. That wouldn’t be a surprise at all.”

“Russia might  likely reset and re-posture her forces for a renewed offensive attack in the coming days.

“This may include operations against  Kyiv.” Says intelligence report by the United kingdom Ministry of Defence.