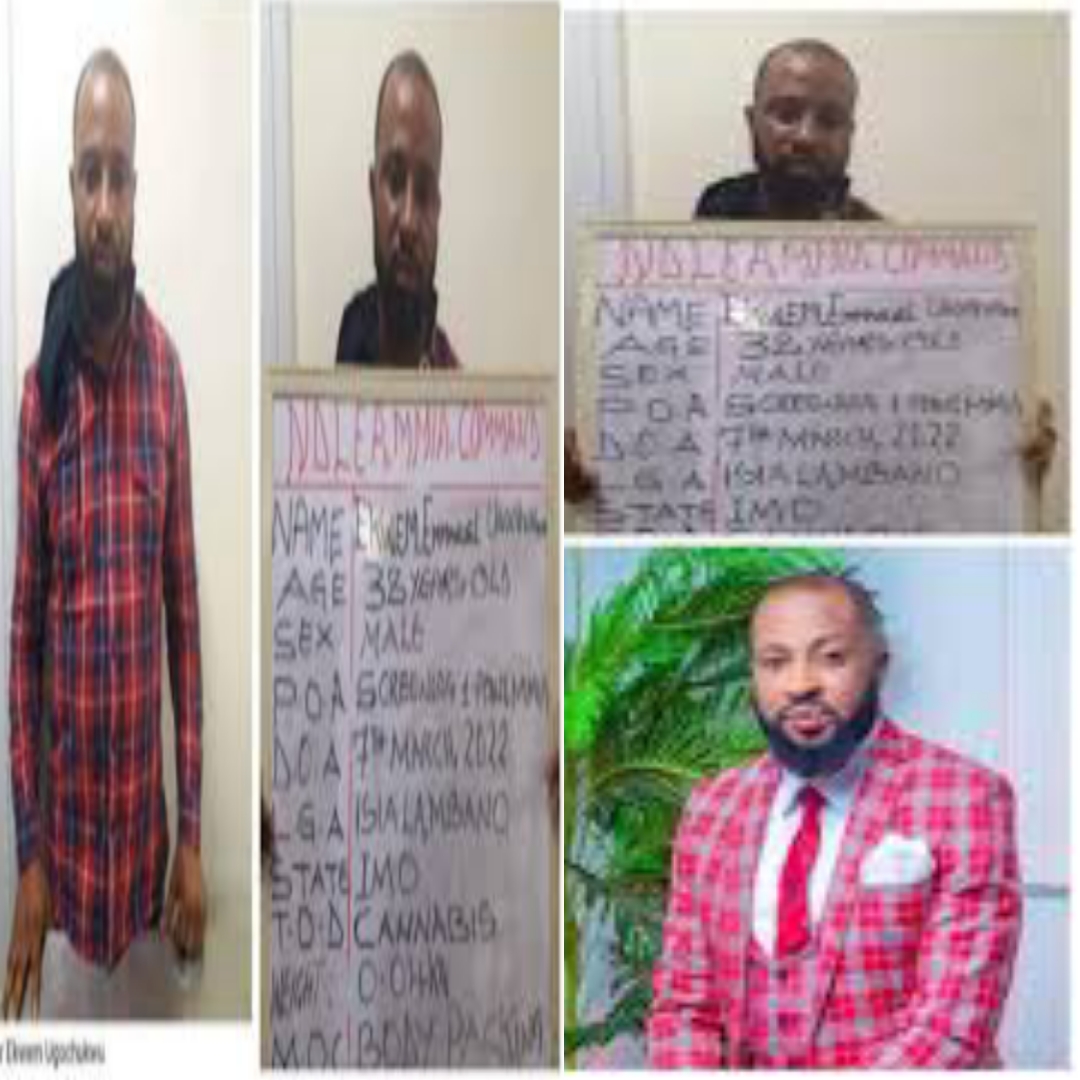 NIGERIAN PASTOR APPREHENDED ON HIS WAY TO KENYAN FOR CRUSADE

According to Babafemi, 54 narcotic substances were wrapped around his body. He said that the young and popular preacher, whose church headquarters are in Iswaniucha, Mgbaku Road, Oka, Oka North LGA, Anambra State, and two other branches in Abuja and Lagos, got arrested on Monday, March 7, during the outward clearance of passengers. On board an Ethiopian Airlines flight to Nairobi via Addis Ababa. when testing, the 54 sticks tested positive for cannabis. Papafimi said the cleric admitted during an initial interview that he had put that amount of illegal substances into his body for use during his three-week crusade in Kenya.

On the same day, another passenger, Nnakeanyi Chukwuka King, who arrived at the airport on an Ethiopian Airlines flight from Sao Paulo, Brazil via Addis Ababa, was intercepted during internal clearance of passengers at the MMIA’s electronic arrival hall. During a search of his bags, 40 packages of cocaine hidden inside bottles of body cream with a total weight of 9.70 kg were hidden from the suspect. Three days later, Wednesday 9 March, another passenger on the Ethiopian Airlines flight to Italy, Mr. Edo Blessing, was intercepted in the airport departure hall with 2,090 tablets of Tramadol 225mg and Flunitrazepam. Mr Edo, who hails from Edo state but lives in Italy, claimed ownership of the recovered psychotropic substances.

Also on the same day, the agents arrested freight forwarder, Rafio Abbas at the airport’s NAHCO export shed when he presented a shipment containing 19.15kg of hashish bound for London.

The illicit substance was hidden inside plastic packages marked “African dishes” and placed in a bag. Meanwhile, 63-year-old Vincent Obema was arrested on Friday 11 March in possession of 350 grams of cocaine and 150 grams of heroin by NDLEA agents in a park in the Ababa port lane in Lagos. The drugs were hidden in industrial torch canisters bound for Kano state. A drug dealer in Kaduna State, James Okinwa, has also been arrested in a follow-up operation at Central Market, Kaduna.