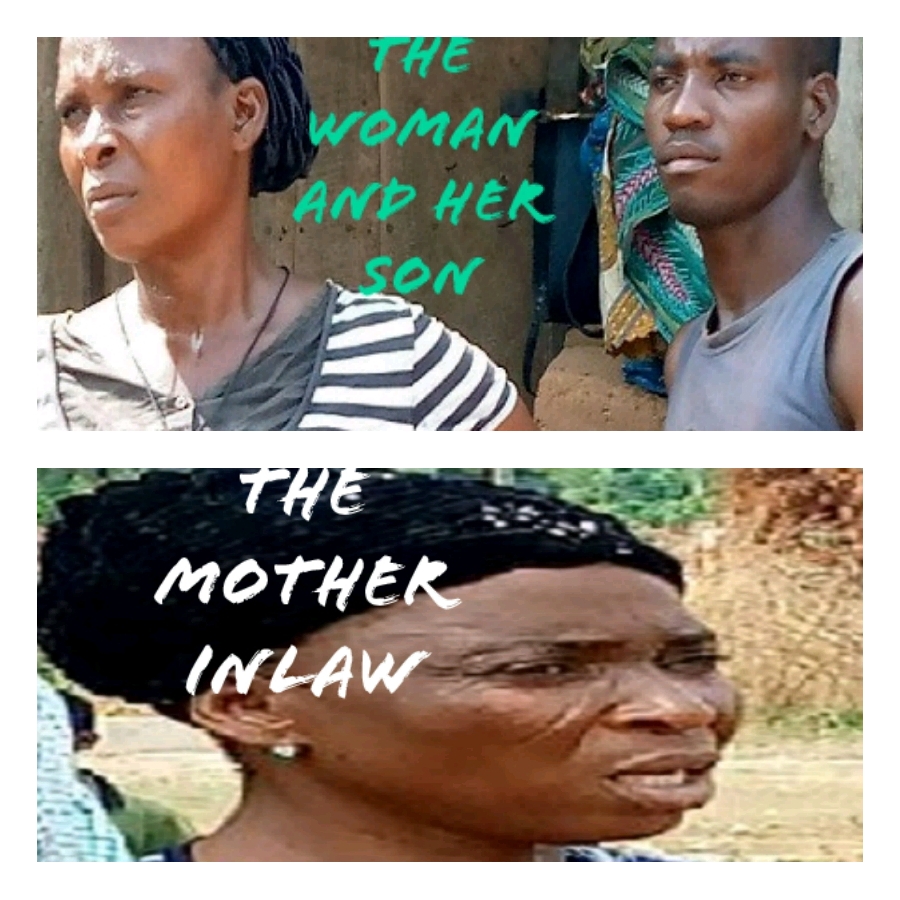 ‘Nyanga/yanga the sleep, trouble go wake am’,  ‘tufiakwa, abomination!’, these were the exclamations of Toto residents in Nasarawa state, Nigeria after a woman identified as Matina James confessed that she had s*x with her Biological son inorder to have a child for her husband.

The woman whose original full name is Matina Agawua hailed from Yelwata, a crisis ravaged village by herdsmen in Nasarawa state, Nigeria. She was first married to a man from the same village but she lost him years back to the herdsmen invaders. She later got married to Mr James, her new husband but could not conceived after six years.

In Africa as it has been, if a woman fails to conceive, it is believed the fault is on the side of the  woman not the Male partner. This is no difference from the family of mr. James who had accused Mrs Matina Agawua of infertility.

The mother inlaw of Matina Agawua had preasured the son to take another wife since Matina had not been able to give them a child after 6 years of marriage.

Mrs matina then began to device a means to have a child for her present husband at all cost  in order to save her marriage. She then resorted to having s*x with her only son she got from her late husband, Mr Phillip.

“After childlessness for more than six years of our marriage, we decided to consult a doctor and the result of the hospital’s findings is that my husband have low sperm count and might not father a child. I started hearing that my husband wanted  to take second wife, hence the reason I did slept with my son to proof my innocence. ” she said.

Accroding to Matina, she left her first marriage after she lost her late husband and the family of her late husband was troubling her for reasons best known to them. She said she was a widow for 13yrs before getting married to her present husband (James). The trouble from the family of her desist husband led to her relocation to Yelwata village were she started a business of selling road side foods in order to take care of her self and her son.

After doing her business in Yelwata for some times, the business could not yield much profits.  She then decided to relocate to the state capital, Lafia. After settling down in her new found town, she established a restaurant and was managing it by her self before she met her present husband, James. They then got married and stayed without a child for six years before she slept with her biological son and got pregnant.

Mrs Matina James explains as follows, “I didn’t do it for pleasure or because I am loose, i did it because of  emotional turmoil and to be sincere, for three months I didn’t have sex with my husband “.

“To my personal dismay, I missed my period after I had a single night with my son. Out of curiosity, I went to the hospital to run pregnancy test and it turns out to be positive, meaning I am pregnant for my son”.

She added, ” At first, I was scared but right now I have this joy in me because am carrying my own blood within me. I told my husband am pregnant but he became skeptical because we didn’t have sex for months. My husband could not take the news likely so he decided to force me to undergo a medical test to determine the paternity of the baby. The test shows that he have a low sperm count and he is not the father of the child.

My furious husband who had noticed how close I have been with my son went ahead to force him to do the same medical test at Dalhatu Araf Specialist Hospital in Lafia here. The result of the test  ended up showing that my son is the father of the unborn child.”

“I had s*x with my son to save  my marriage. This is because I got information that my husband was planning to marry another  woman on the instruction of his parents. If the new wife comes in, she would occupy one of the apartments we build together.

“I was not ok with that motion and felt I could try my  self s*xually with my son  and impose it on him (husband).

“I had sex with  him to be pregnant in order  to stop my husband from taking a second wife. Taking another wife is an indirect way to push me away and this is to say I will be losing all we have suffered to build.

“ I’m no longer a youn woman and my husband was not ready  to address his impotency medically.

“see the  result of the test; low sperm count of my husband Is what it shows. He wouldn’t be able to impregnate a woman.

“I was doing it the wrong way, betraying my husband, but I still feels it is the lesser evil than going outside.

“my husband is hreatening to kill me and my son for impregnating me, the Mother. I have moved my son out of where he was to a safe place.

“This is  because I was the person  who put him into the whole trouble he is going through right now. I have to protect my son. ”

“Even sleeping in the same building with him is scary; he will harm me in the middle of the night.

“my husband, James is very angry because my son impregnated me, I have to leave the house we build together for him at the moment.  Even as he no longer  likes me because of the wrong  I have done, I won’t abort my own blood. Rather, I will  deliver my baby.  I have been looking for this baby for long, so I won’t let it go. It belongs to my son.

“I have decided to keep it because it is blood within my blood. I will keep it. All I want is that since the union didn’t work, we have to sell the house then share the proceeds and divorce peacefully.”

Mrs matina said she has the house documents and bank transactions used in building the house and all.

“I will be getting a lawyer if he tries anything funny. My husband should not take me for granted as I’m prepared to face him legally.

“He can’t impregnate me. His sperm count is  low and he is not ready to address it medically. What does he want me to do in this situation?”

According to the husband, he would prefer not to expose what has happened. He however expressed disappointment as the wife already made it publicly.

.My anger is, “Why did my wife go to the media? The husband, mr James queried

“Even if I have low sperm count and can not impregnate her, how could she allow her son to have s*x with her to the extent of impregnation? Why did she try to foist it on me? How would she do such evil?.

“if my wife is ready to go, let her go. Yes is true, We built the house together as a family and whatever she wants, I will not  have an issue with that.” The husband said

“All  things being equal,  that woman is very  dangerous.