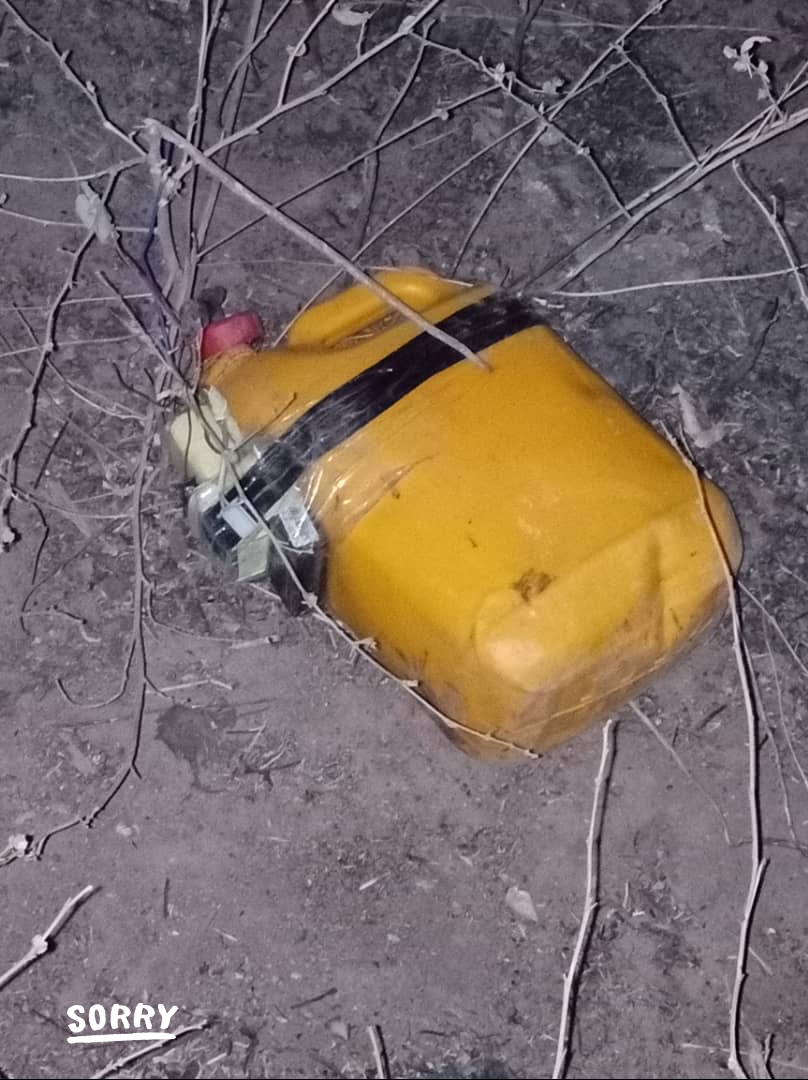 The Kaduna State vigilante service has on sunday discovered explosive device packed in jerican around Romi, close to Goningora, kaduna state Nigeria. The discovery followed an intelligent report from the vigilante service before the Nigerian police was called.

The ugly incident occured around Push Events Centre at about 9:30pm. The explosive device was dismantled by Anti bomb special squared Headquarter, Kaduna State Police Command and was taken to the command for further investigation.

Residence of Romi took to street to rejoice the aborted action of enemy of peace. Some of the youths who spoke to our reporter, said they wonder why a normal human being would attempt to kill masses of people who did virtually nothing but living in peace and harmony.

Others were of the idea that the explosive was targeted on Christian worshipers who were at the church as at the time the device was discovered.

The clear reason for setting the explosive by the unknown face is yet to be known.

The people of Romi thanked the Kaduna state vigilante service for their services and intelligence that aborted what would have been described as ‘horrow’ if the explosive had detonated.

No official statement has been isued by the police.