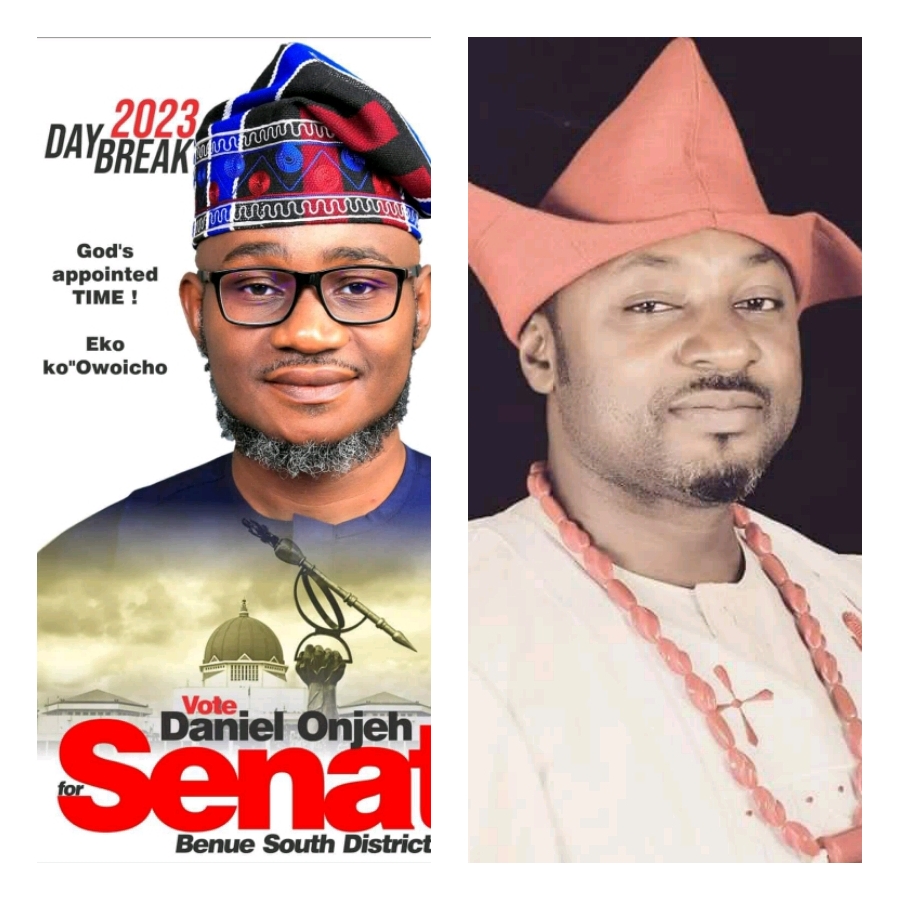 Daniel Onjeh, one of the aspirants eyeing the seat of Senate to represent Benue south senetorial zone has appointed Maxwell Ogiri, the grand son of Ogiri Okoh as director of media for his campaign.

The statement reads, “ANNOUNCEMENT: DIRECTOR OF MEDIA FOR MY CAMPAIGN

It is my pleasure to introduce Prince Maxwell Ogiri as the Director of Media for my campaign.

He is the grandson of Agaba Idu Ogiri Okoh, the legendary Och’Idoma 1. A graduate of Business Administration from the prestigious Bayero University Kano( BUK), a leader and team player, he comes to the job with relevant and diverse experience in the vast media industry.

Prince Ogiri will henceforth coordinate all Media- related activities and functions of my campaign with the support of a couple of seasoned journalists with experience in election coverage and many of our vibrant youths who have been campaigning for me on different media platforms, long before now.

I urge all my supporters to give Prince Ogiri and the media team all the necessary cooperation and support, especially giving useful and relevant information that will assist the Media Team to perform optimally.