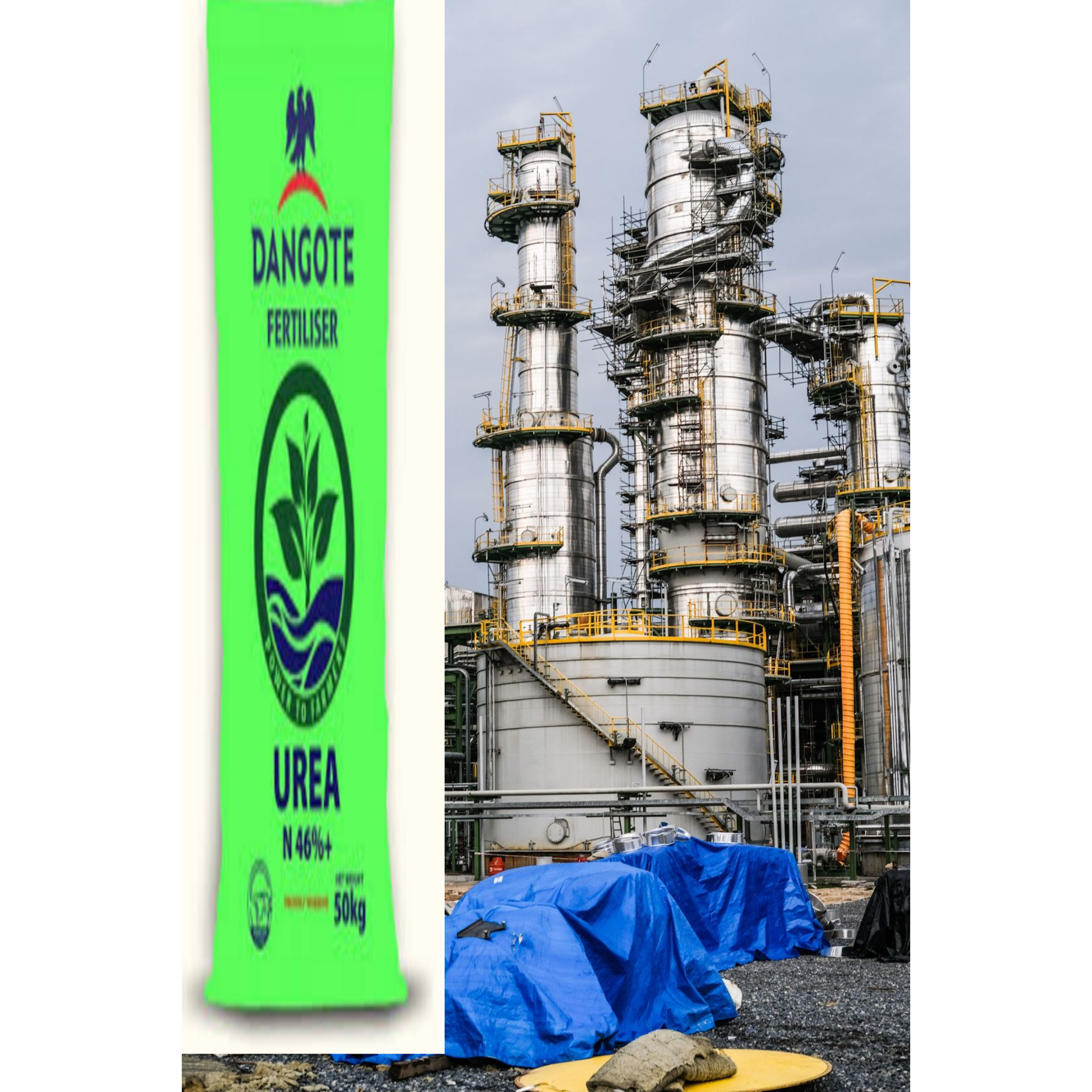 Dangote told reporters on Tuesday that the urea market had ‘crossed the ceiling.’

‘Already, People Are Asking Us To Sell,’ He Said.

‘our Company Is Very Selective About Who We Sell This Product To. The Company Is Loading A Ship Bound For The United States, Brazil, Mexico And India…The European Union Is Trying To Buy From Us,’ He Added.

The business mogul said the fertilizer plant is seated on 500 hectares (1,235 acres) of land on the outskirts of Lagos and has the capacity to produce 3 million metric tons of urea yearly, making it the second largest in the world.

Its emergence comes at a critical time. Russia-Ukraine drove up prices and caused a worldwide food shortage. The waring countries are leading suppliers of urea, potash and phosphate, which are the main ingredients of fertilizers. The Countries are also major international exporters of wheat and other grains. ammonia and Urea are basic ingredients for farmers to attain production targets and access to fertilizers has been significantly decreased, endangering the world food supply chain.

‘Indeed, we are lucky to have this plant,’ Dangote added. ‘This comes just in time with the conflict between Ukraine and Russia where both Ukraine and Russia control large amounts of agricultural inputs…and this can help a lot of African countries. So we can say, the export market is a seller’s market.’

The United Nations World Food Program said this month that the number of people on the brink of starvation jumped to 44 million from 27 million in 2019. Parts of Africa could be plunged into starvation in less than three months if the Russian war in Ukraine continues. ‘Looking at the short term, between now and in the next three months, the conflict will affect the food supply largely from a pricing standpoint,’ Sihlubo told the press.

The nation, Nigeria has been struggling to diversify its economy away from oil for some time and Dangote believes the plant could induce $5 billion in export revenue for the country every year.

‘This is a very massive impact. It is very important for the Nigerian economy,’ Dangote told reporters.

Governor Godwin Imfeli, Central Bank  explained that reducing fertilizer imports was a mainstay in Buhari’s diversification program, as it moved the country from being a net importer of the commodity to being self-sufficient.

‘We can emphatically say today, that Nigeria is self-sufficient in urea production and we are also the main producer of urea on the African continent.’

Addressing the audience at the event, Bukhari said the plant will help Nigeria end its dependence on food imports.

‘In the field of job creation, warehousing, transportation, and logistics, the factory has created tremendous opportunities. In the future, it will create great wealth, reduce poverty, and help secure our nation’s future.’

The conglomerate,Dangote Group is the second largest employer in Nigeria after the Federal Government.