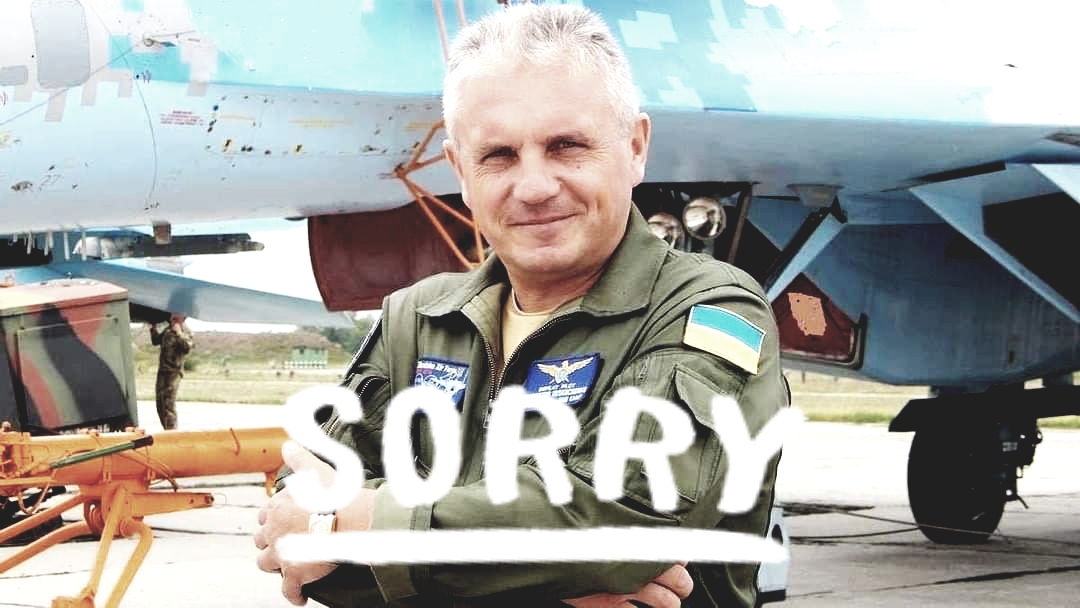 Colonel. Oleksandr Oksanchenko, one of Ukrainian Armed Force’s top guns, has been killed in air combat.

Untill his death, he was the Air Force Flanker for Ukraine display pilot. This was between 2013-2018. Col. Oleksandr’s plane was shot down around the airspace of Kyiv by Russian air force.

Ukrainian Air Force Sukhoi Su-27 Flanker, Colonel Oleksandr Oksanchenko was the display pilot in 2013-2018. He lost it to the Russian Airdefense during a rigorous duel that ensued  between the two country’s Airforce in Kyiv. Ukrainian president, Volodymyr Zelensky in a posthumous statement for col. Oleksandr Oksanchenko, awarded him the title of the commander for  Ukrainian airforce and hero of all Ukraine. The president made this known through a Facebook page post.

“Colonel  Oksanchenko, who is now titled as a  Hero by the Ukrainian president, lost his life in battle while distracting Russian aircraft. It is sad that he did not recieve this title in his life time. He is my heroe till I join him in death” a facebook user, Lana Borisova wrote.

Col. Oksanchenko had above 2,000 flight hours and had no problem in the most difficult elements in aerobatics.

His popularity came in 2017 during  Royal International Air Tattoo, an Airshow held in Czech.

After the news of demise of col. Oksanchenko erupted, European Airshows wrote on Facebook;

‘We received  extremely bad and sad news from Ukraine forces  this morning.

‘Col Oleksandr “Grey Wolf” , the Ukrainian Air Force Flanker display pilot, 2013-2018 is dead on Friday when his jet was shot down over Kyiv by Russian defences for air.

‘He was not only an  experienced pilot who won several awards but was also best flying display in many events in Europe generally. he was also a great fan of airshows.

He retired from active service in 2018 and joined the Ukrainian reserve Airforce. He further remained in Flanker solo display team and became the coach. He was among the 2019 air show.