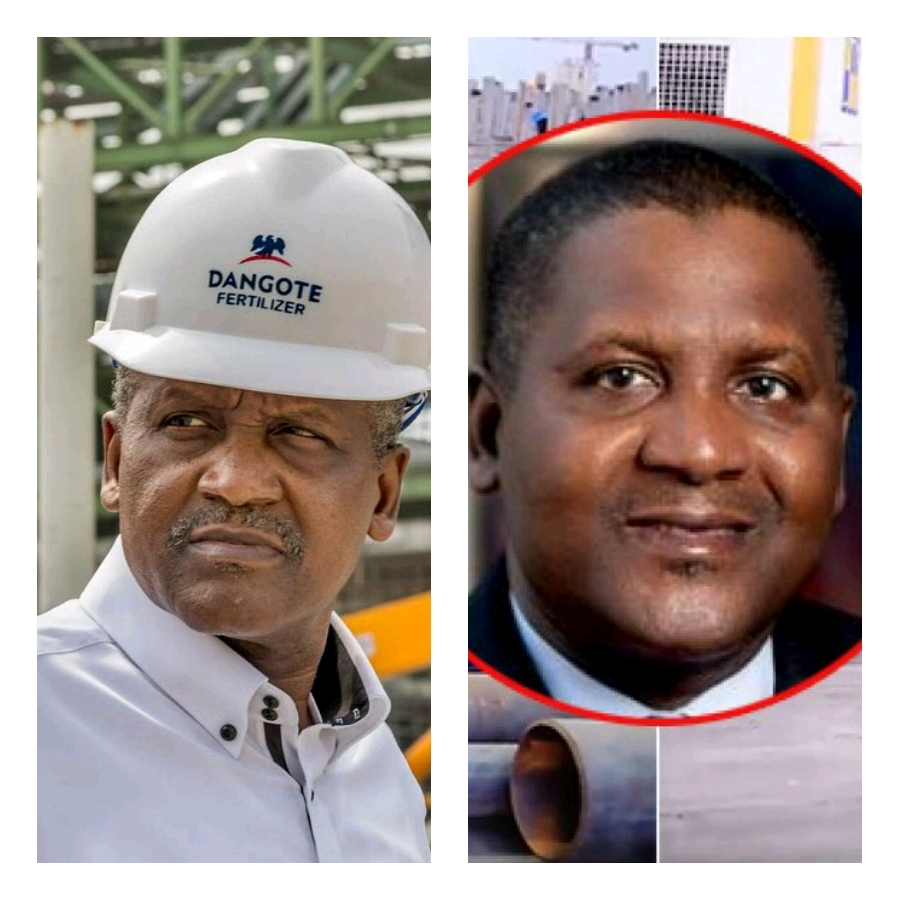 Dangote, who remained Africa’s richest man for the eleventh consecutive year, was the only African to make it into the top 100.

The Nigerian billionaire started the year 2022 on the upside after he was ranked 97th in the list of richest person in the world in January, with a net worth of $19.2 billion.

Johann Robert, South Africa’s richest man, came in second by a large margin at 213, having lost more than $1 billion since the conflict between Ukraine and Russia began.

Dangote Group Chairman Aliko Dangote has emerged as the 73rd richest person in the world with an estimated net worth of $20 billion, up from his previous ranking of 83rd globally last month, according to the Bloomberg Billionaires Index. Dangote, who remains Africa’s richest man for the eleventh year in a row, was the only African to make the world’s top 100 among the 500 richest people in the world. The Nigerian billionaire’s fortune has skyrocketed after a year-to-date price increase in Dangote Cement Plc.

According to Bloomberg, the Nigerian billionaire started the year 2022 on the upside after being ranked 97th in the list of the world’s richest person in January, with a net worth of $19.2 billion. In February, the Nigerian billionaire climbed the rankings to become the 83rd richest person in the world, beating the famous Russian businessman and owner of Chelsea Football Club Roman Abramovich, who is now 132nd on the list of the world’s 500 richest people. Johann Robert, South Africa’s richest man, came in second by a large margin at 213, having lost more than $1 billion since the conflict between Ukraine and Russia began. Due to market nervousness, shares in luxury goods markets have fallen dramatically, with the latest figures estimating Robert’s net worth at $9.8 billion, from $11.93 billion at the start of the business in 2022. Nikki Oppenheimer came in third With a valuation of $8.75 billion and ranked 246th globally, Natty Kirsch, at number 272, was the fourth African on the list. His net worth is $8.24 billion

Aliko Dangote GCON, born April 10, 1957, is a Nigerian business magnate who is the Chairman and CEO of Dangote Group, an industrial group and the richest person in Africa, who has an approximated net value of US$19.2 billion as of January 2022. Dangote was born in Kano, Kano State to a wealthy Hausa Muslim family, son of Muhammad Dangote and Maria Sanusi Dantata, daughter of Sanusi Dantata. He is the grandson of Al Hassan Dantata, the richest West African at the time of his death in 1955. Dangote was educated at Sheikh Ali Kumasi School, followed by Capital Secondary School, Kano. In 1978 he graduated from Birnin Kodo State College. He received his BA in Business and Management Studies from Al-Azhar University in Cairo.

The Dangote Group was incorporated as a small trading company in 1977, the same year that Dangote moved to Lagos to expand the company. Today, it is one of the largest conglomerates in Africa with several operations in Benin, Ghana, Nigeria, Zambia and Togo. Dangote has expanded to include food processing, cement manufacturing and shipping. The Dangote Group also dominates the sugar market in Nigeria and is a major supplier to soft drink companies, breweries and confectioners in the country. Dangote Group has gone from being a trading company to the largest industrial group in Nigeria including Dangote Sugar Refinery, Dangote Cement and Dangote Flour.

In July 2012, Dangote approached the Nigerian Ports Authority to lease an abandoned plot of land in the port of Apapa, which was approved. He later built facilities for his flour company there. In the 1990s, he approached the Central Bank of Nigeria with the idea that it would be cheaper for the bank to allow its own transportation company to manage the employee bus fleet, a proposal that was also approved.

In Nigeria today, the Dangote Group with its dominance in the sugar market and refining business is the main supplier (70 percent of the market) to the country’s soft drink, brewery and confectionery companies. The group is the largest refinery in Africa and the third largest in the world, producing 800,000 tons of sugar annually. Dangote Group owns salt mills and flour mills and is a major importer of rice, fish, pasta, cement and fertilizers. The company exports cotton, cashew nuts, cocoa, sesame seeds and ginger to several countries. It also has significant investments in real estate, banking, transportation, textiles, and oil and gas. The company employs more than 11,000 people and is the largest industrial conglomerate in West Africa.

In 2015, HSBC leaks revealed that Dangote was one of HSBC’s third customers and that he has assets in a tax haven in the British Virgin Islands. In February 2022, Dangote announced the completion of the Peugeot assembly facility in Nigeria after its partnership with Stellantis Group, Peugeot’s parent company and the Kano and Kaduna state government. The new automobile company, Kaduna-based Dangote Peugeot Automobiles Nigeria Limited (DPAN) commenced operations with the launch of the Peugeot 301, Peugeot 5008, 3008, 508 and Land Trek. Dangote reportedly added $9.2 billion to his personal fortune in 2013, according to the Bloomberg Billionaires Index, making him the richest person in the world at the time, and the richest person in Africa.