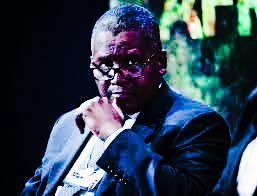 At the beginning of the month, Dangote ranked 73rd in the list of the world’s richest person with a net worth of $20 billion.

Dangote, the Nigerian billionaire began the year 2022 on the upside after he was ranked 97th in the list of richest person in the world in January, with a net worth of $19.2 billion. Aliko Dangote, Africa’s Richest Man, Slipped To 80th Place In The Bloomberg Billionaires Index, Which Is Kept In Real Time. He is set to end the month as the only African in the top 100 among the world’s 500 richest people after launching his fertilizer plant this week.

In the first week of March, Dangote was ranked 73rd in the list of richest man on the list, while Johann Robert, the richest man in South Africa, came a distant second at number 213, having lost more than a billion dollars of his fortune since the start of the conflict between Ukraine and Russia. As of press time today, Dangote is currently worth $20 billion, while Johan’s net worth is $10.6 billion – which puts him at number 204 on the list. According to Bloomberg, the majority of Dangote’s fortune derives from his 86% stake in publicly traded Dangote Cement. Its most valuable asset is the newly opened Dangote fertilizer plant which can produce up to 2.8 million tons of urea annually.

An estimated $2.5 billion world-class fertilizer plant, with a production capacity of 3 million metric tons of urea annually, was inaugurated on Tuesday in the Lagos Free Trade Zone, Lekki. In his remark on the successful inaugural launch of the plant, Dangote said: “It is an ambitious project that will reduce unemployment in Nigeria.” According to him, ‘The plant will boost productivity and boost production across the country as products from the plants have reached the African market, and across Brazil, India and Mexico.’

‘Low use of fertilizers is the reason for the low productivity of agricultural products. Our goal is to provide fertilizers in large quantities to our farmers. We are launching initiatives that will transform the agricultural sector for all,’ he added. According to Dangote Industries Limited, the project was built at a cost of $2.5 billion, with the capacity to produce 3 million metric tons of urea annually. The company said that the plant’s capacity will be expanded to produce multiple grades of fertilizers to meet the soil, crop and climatic requirements of the African continent.