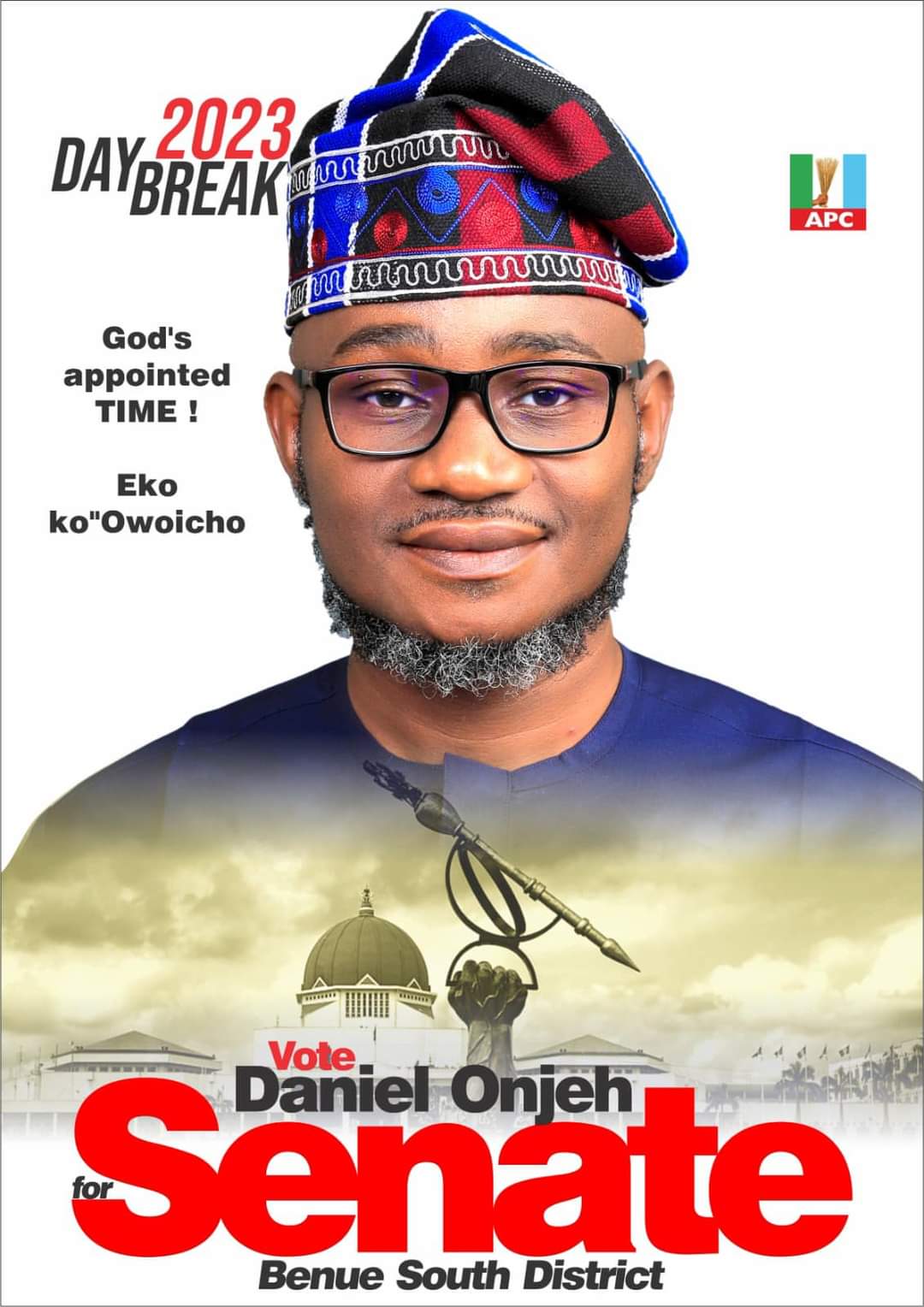 According to him, the people of Benue South are calling on him and he has heard their voice, hence the reason for his declaration.

“It’s clear that this is God’s appointed TIME!  I can strongly feel the pulse of my people, and they’ve beckoned on me once more. Hence, in obedience to the voice of my people, which is the voice of God, I’m offering myself again.   Accordingly, I shall formally declare my intention to become the vociferous voice of the vast majority of the Benue South people at the Nigerian Senate in 2023, as thus scheduled :

I cordially invite you to be a part of this unfolding history.

The former PRODA chaiman who had contested for the senetorial seat in past elections is to face the  incumbent Abbah Moro presently representing the good people of Benue south.

Onjeh is known for fearless political contests as he had dogged it with the likes of former Senate president, David Mark in 2015 general election.

In 2002, Daniel Onjeh was elected as the President of National Association of Nigerian students. In 2006, he became President of West African Students’ Union. Onjeh was later appointed as PRODA chairman in 2017 President Buhari.

Daniel Ojeh has clinched Most Outstanding Youth Leader’s Awards in 2003, Ogbenjuwa KI’doma in 2002, Icon of Benue Youths in 2008, Defender of Democracy Award in 2006 and many others.