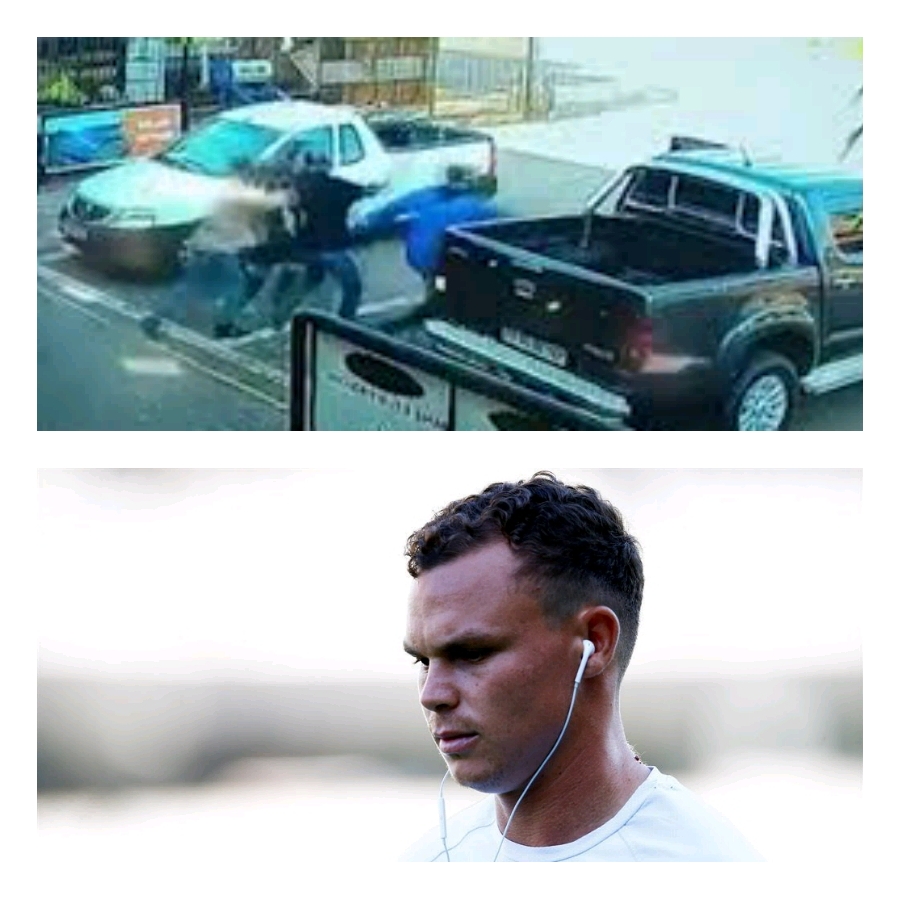 Owner of the popular Fred’s Hardware in De Deur Estates, Vereeniging was reportedly kidnaped with his driver by four unidentified men on Thursday morning.

A video clip assumed to be of the incident, reveals how the victim was adopted.

For the fear of put in the victim’s life in danger, the police chose to reserved their comments.

The video in a 53-second time duration showed the victim, climbing out of his white bakkie and standing outside his shop at about 07:33 am.

As the time of the incident, he parking lot was empty and the victim’s car was the only one parked there.

Right there at the parking lot, two suspects, one in a blue jacket, black pants and cap and the other in an cream jacket, powder blue jeans and a cap – can be seen approaching the victim.

After while, a bakkie, supposedly displaying a false number plate (FT00BC GP), pulls up.

A man also presumed to be one of the suspects’ accomplices, is seen gliding out of the passenger seat and helping the other two suspects in pushing the victim into the vehicle.

Also seen in the footage, is the victim looking confused as he raises his hands in the air in surrender.

The victim was forced into the backseat, as the suspect putting on the powder blue jeans made his way to the passenger seat.

After a proper positioning in the bakkie, they then took off with the victim to an unknown destination.

In a statement by the police spokesperson, Colonel Athlenda Mathe, he noted that ‘the police could not comment on an active kidnapping case as it would truncate the victim’s life.’

As at the time of the incident, victim’s brother was not ready to make any statement as the family was waiting for the police to do their job.’

Fred’s Hardware is a known family business, founded in 1984 by Mr Fred Asmal,  with a local hardaware store in De Deur, in Vereeniging, Gauteng.

Established in 1892, Vereeniging is located in the south of Gauteng province, South Africa, located where the Klip River empties into the northern loop of the Vaal River.  Vereeniging got its name from the Dutch word meaning “union”.