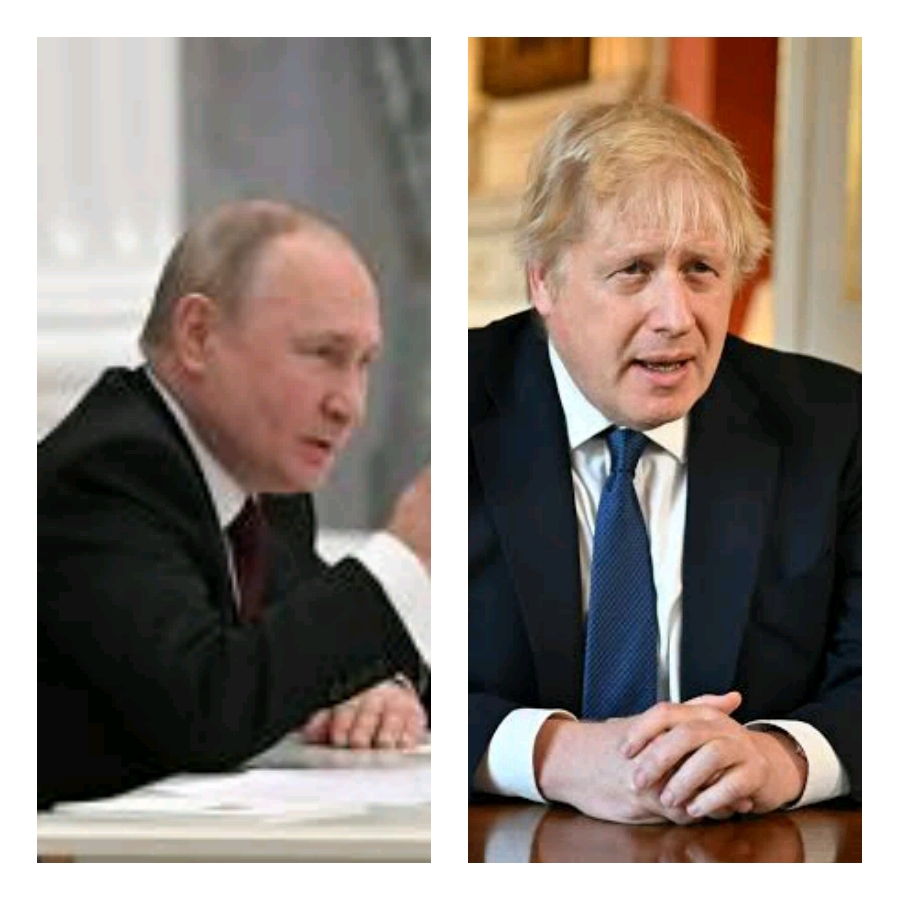 The United Kingdom prime minister, Boris Johnson says Russian actions in Ukraine are a ‘revived attack on that country’

A series of penalties against Russia after it charged troops into two rebel-held regions of eastern Ukraine by Putin, has been issued by the UK

The asset of five banks have been frozen, together with three Russian billionaires that will also be bound by UK travel bans.

The UK prime minister said Russia’s actions equivalent to a ‘revived attack’ on Ukraine and the sanctions were a ‘initial storm’.

Recall that in our earlier article on Wednesday, the Russian President, Vladimir Putin, authorized troops into the regions of Luhansk and Donetsk on Monday, after perceiving them as independent.

Putin said the troops would be ‘peacekeeping’ in the breakaway regions – an assertion dislodged by the US as ‘nonsense’.

U.K’s sanction  comes against the backdrop of a co-ordinated Western response to the crisis, that has also led the EU and US imposed their distinct sanctions.

Not only that Russia was sanctioned, the Foreign Office later announced that the UK would also sanction each Russian parliamentarians that voted to recognise the two-rebel held areas as independent the week before.

From every indications, the sanctions will be identical to those already imposed on the three billionaires, but could take weeks to be enforce since new legislation will be needed.

According to the department, in the coming weeks, British firms would also be prohibited from doing business in the two breakaway areas related to Crimea, a region where  Russia illegally annexed sometimes in 2014.

Also, the department threatened to stop Russia issuing sovereign debt on UK financial markets if it did not ‘de-escalate’, adding that unprecedented measures targeting the Russian financial sector had been prepared if Russia went further.

SEE THIS LARGE ROCKET THAT LANDED IN UKRAINE WITHOUT EXPLODING

Boris Johnson indicted the Russian president, Putin of withholding Ukraine’s statehood, and creating the pretext for a full-scale offensive.

The prime minister noted that Russian tanks had already been sighted in the breakaway regions, amounting to a revived incursion of Ukraine after the 2014 crisis.

More so, from the fury end of the EU, it has declared plans to target members of the Russian parliament, as well as banks financing Russia’s military.

The German government is not left out in the frenzy waves of sanctions as its also said it will freeze approval of the Nord Stream 2 gas pipeline to Russia, a move welcomed by the UK prime minister, Boris Johnson.

It’s with a wide arms that the labour leader, Sir Keir Starmer welcomed British sanctions. However, he said the UK muust be prepared to go further than its has.

In a reference to the RT news channel, he also called for the exclusion of Russia from the global Swift payment system, the banning of trading in Russian sovereign debt and action to prevent them heralding its propaganda around the world.

No doubt, the far reaching   measure today was the German declaration of a halt on the completed Nord Stream 2 pipeline. The Russian stock market is at the brink of collapse, and the market gas price rose by 10%.

In as much as it has no impact on existing supplies, it entails what could be a shift in direction from Russian gas-addicted Berlin.

Johnson later noted that he believed further sanctions were unavoidable, given the situation in Ukraine.

Furthermore, he suggested that Russia should be scraped from hosting this season’s Champions League Final.

However,  the culture secretary, Nadine Dorries indicated her serious concerns about the sporting events due to be held in Russia and would be talking about the subject with sport’s governing bodies.