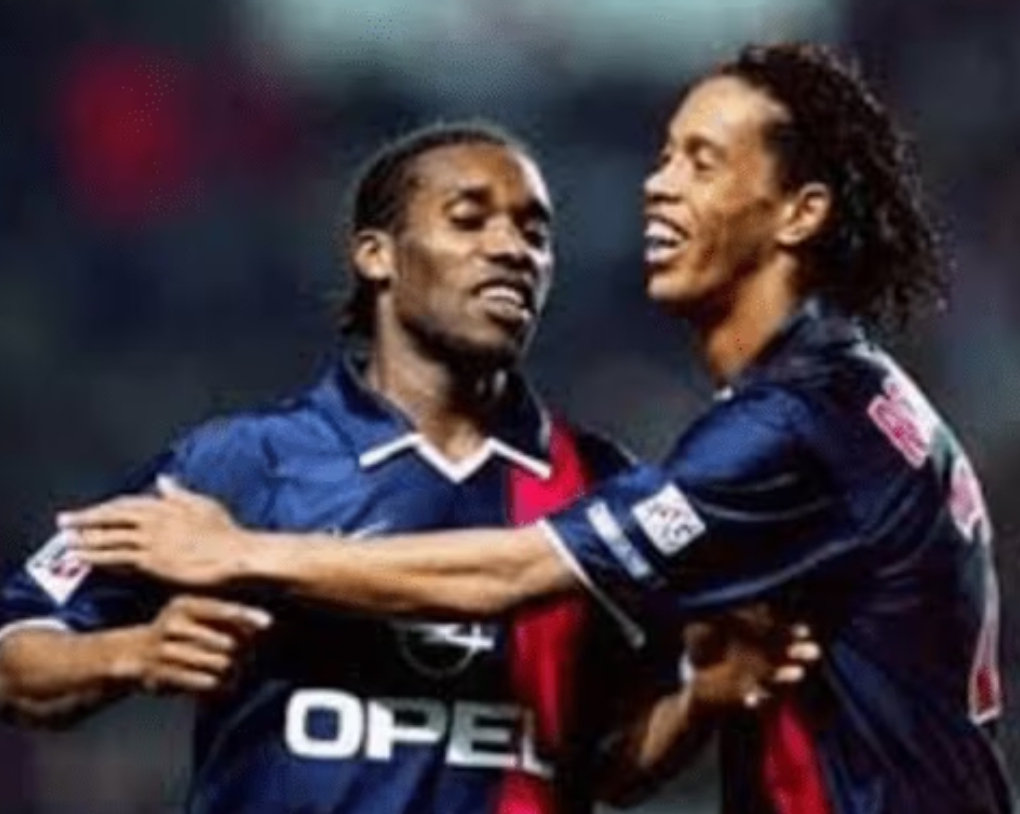 Okocha as a footballer was one of the best and the most gifted of all time but never won the best player  of his continent, Africa. This is to say that the talented player was not rightly rated. Says Eto’o.

Barcelona’s former forward, Samuel Eto’o has expressed his displeasure over the past rating of football player, Austin ‘Jay-Jay’ Okocha. Eto’o said Okocha was a very talented player and was   magical as Brazilian Ronaldinho Gaucho.

Eto’o expressed displeasure that the ex-captain of Super Eagle team did not receive praises and awards like his former Barcelona teammate.

The super Eagle’s former captain, Okocha was regarded as the most gifted number 10s the football world has ever produced. He enjoyed a great successful career in football for almost two decades.

The football legend, Jay-Jay Okocha won  African Cup of Nations in the year 1994 with his Super Eagles. Austin Jay-Jay was also a very resourceful player in the winning of  Olympic gold medal at Atlanta ’96 by the Super Eagle.

In the year 2004, the Bolton former Wanderers skipper appeared in Pele’s record of 125 legends of football sport. Okocha was one of only four African players that made the list. The Africans that made pele’s list were:

Three Africans on that list were recipients of awards for  the CAF African Footballer of the Year. Jay-Jay never got the Africa’s finest single person’s prize. He was coming very close on different occasions.

It will interest you to know that J.J. Okocha once  mentored Ronaldinho when he was finding his feet in  French side PSG.

Ronaldinho won two World Player of the Year awards from FIFA and one Ballon d’Or. Sadly, Okocha did not get any of those honours before his retirement in 2008.

Eto’o is insisting that J.J. Okocha did not receive the awards equivalent to his talent.

“It is the injustice of world football game.” Eto’o said.

“What Ronaldinho did few years ago, Jay-Jay had done it ten or fifteen years before but he never had the recognitions others had. This is what happens when it comes to our own, Africa.” Eto’o says.