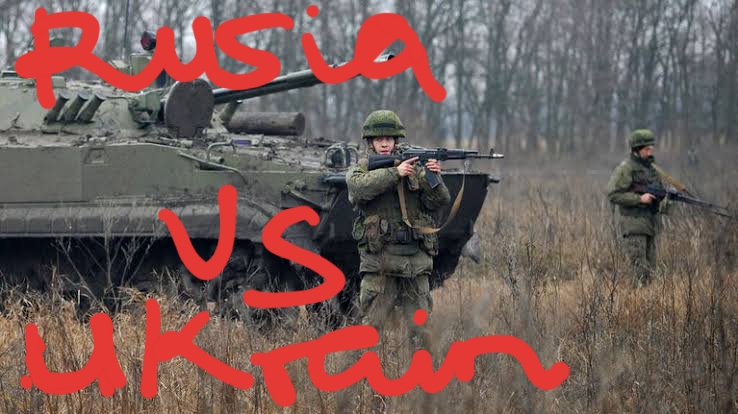 The U.S government under President Joe Biden leadership, has on Tuesday announced the first wave of sanctions on Moscow as Russian President Vladimir Putin appeared to be stepping up aggressions toward Ukraine, moving troops into two breakaway areas of eastern Ukraine and asking lawmakers to authorize his using troops overseas.

The Russian leader, Putin coined the troop movement as a ‘peacekeeping’ effort, but the Kremlin’s decision came after Russia massed some 150,000 troops on its neighboring borders, igniting dire warnings from the West that an invasion was imminent and that Moscow was trying to create a pretext for an attack. In response to that, the Biden administration has begun describing Russia’s movement of troops as ‘an invasion.’

The U.S president, Biden spoke to Ukrainian Foreign Minister Dmytro Kuleba on Tuesday to reaffirm the U.S.’s commitment to the country’s sovereignty and territorial integrity.

He also updated Kuleba on the executive order he issued on Monday night and the latest sanctions announcement, according to the White House.

President Biden affirmed that the U.S. government would continue to provide security assistance and macroeconomic support to Ukraine. READ ALSO WHO REALLY IS VLADIMIR PUTIN?

Biden restated the willingness of the United States, in close cooperation with their Allies and partners, to respond swiftly and decisively to any further Russian aggression against Ukraine.

‘This implies we’ve cut off Russia’s government from Western financing,’ said Biden. ‘It can no longer raise money from the west and cannot transact in its new debt on our markets or European markets either.’ Accordingly to Biden, the sanctions are defensive moves by the U.S. with no intention of fighting Russia.

The section is coming against the backdrop of Putin’s order for troops into the two  waring separatist regions in eastern Ukraine on Monday amid fears of further military intervention, after Russia’s upper house of parliament gave President Vladimir Putin permission to use military force outside the country, a move that further raised fears of a broader invasion.

On Tuesday in remarks, Putin charged Ukraine to forget joining NATO and to accept that Crimea is owned by Russia.President  Putin said Kyiv’s best path forward is military neutrality.

While in Berlin, the German Chancellor, Olaf Scholz, said he would halt authorization of Nord Stream 2, the controversial natural gas pipeline between Germany and Russia, for the time being. His decision was commended by the United Nations and NATO allies and noted as part of a united response to Russia.

Not withstanding Putin’s actions, Biden said he hopes an opportunity to avoid an escalating crisis is still on the table. However, in the event that that time has passed, the United States will be readied to respond accordingly.

By the time all is said and done, we’re going to judge Russia by its actions, not its words,’ Biden said. ‘And whatever Russia does next, we’re ready to react with unity, clarity and conviction.’

‘Probably, we’ll have more to talk about this as he moves on,’ the president added. ‘I only hope diplomacy is still available.’