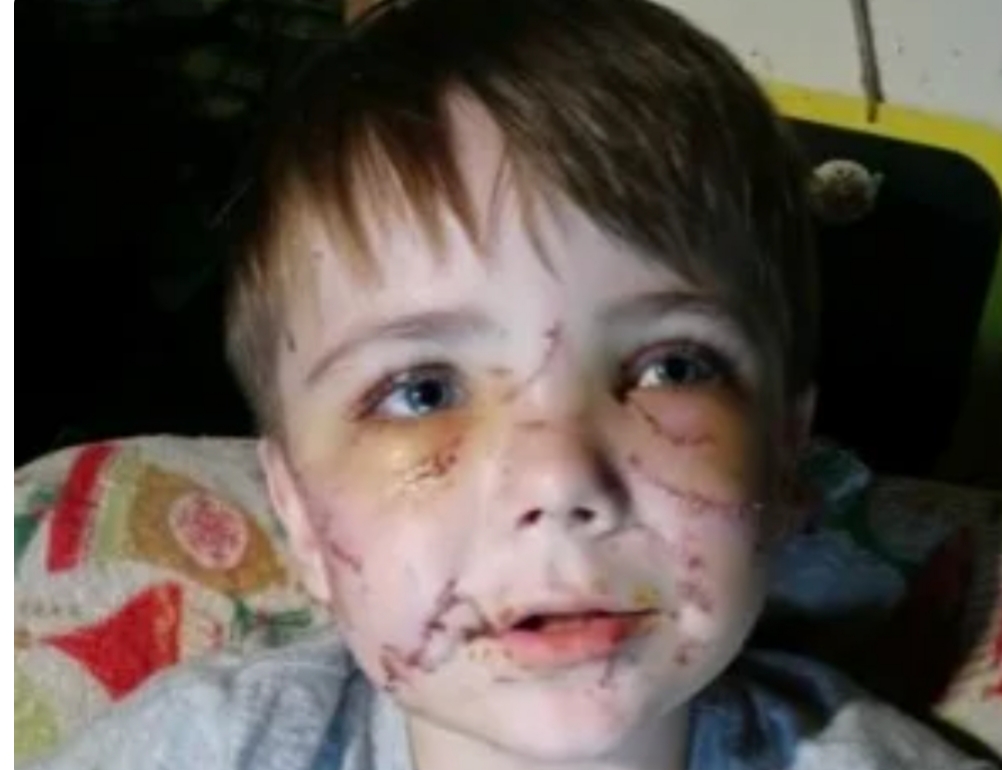 ***** A boy from Azule, Texas was in hours of  surgery after being mauled by a neighbour’s cruel  dog.

The young boy, connor was attacked and mauled  by a brindle boxer/bullmastiff mixed-breed (black)  after escaping from its yard. The young lad narrowly escaped from further injury when an inhabitant of the area saw what was going on  and dragged him to safety.

Lorena Parker who is a neighbor told WFAA the dog was “swinging ” the child, and dragging him around and down the street. 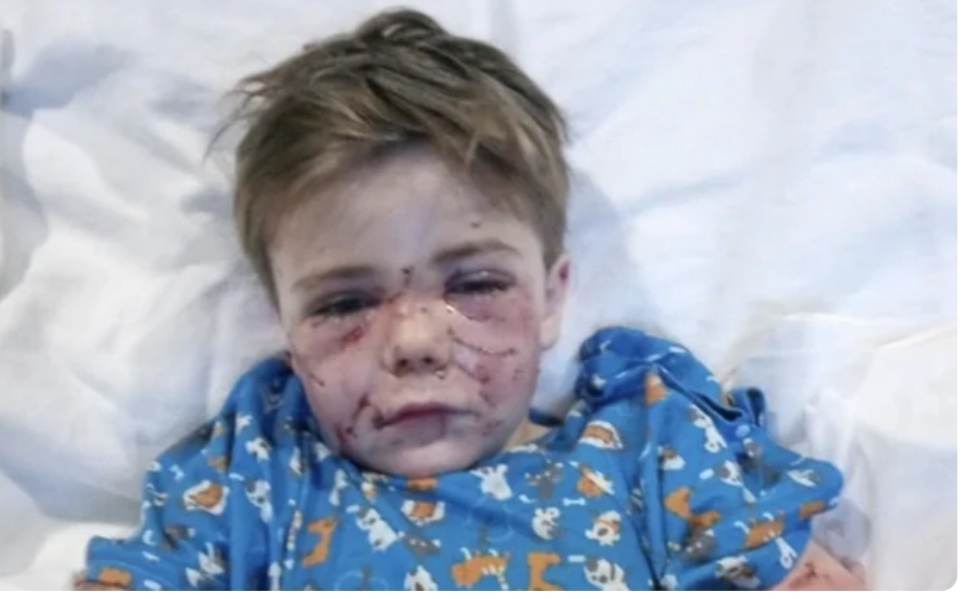 “I caught the dog, and decided to be beating  the dog with a stick” she narrated.

She further  added in an interview with Fox4: “each time I took the dog off, he would turn back to Connor, may be because he was crying. It was horrible.” she said.

The lad’s mother, Cassandra Ware by name, says  the dog “tore her son’s jacket and his backpack”.

She further said, “Connor was on a white T-shirt but i found him drenched in blood.”

“my son kept saying, ‘The dog used me like a chew toy, Mummy,’” she futher added.

“my son underwent  three hours of surgery to repair some ripped nerves in his face and to close more than two  lacerations on his head, face and body,” the mother, Miss Ware told the local sheriff’s office.

“The doctors said my son would need more surgeries to fix additional nerve damage to his face and also to  repair  tear ducts on his body.”

Connor’s mother said her son is expected to do several more surgeries and physiotherapy to be able to use one of his arms in future.

Speaking to news men, Parker County Sheriff Russ Authier, said  the dog  was not properly secured hence the reason for his escape.

“The fenced enclosure where the dog was kept is inadequate. The dogs there  had gotten out before. The owner of the house should have known the fence was not enough and should have make efforts to rectify that but nothing was done,” he told WFAA.

The dog owner who was identified as Patti Jean Bell-Neveling, 49 years, was arrested and charged with a third-degree felony. Her bail was as much as  $10,000.