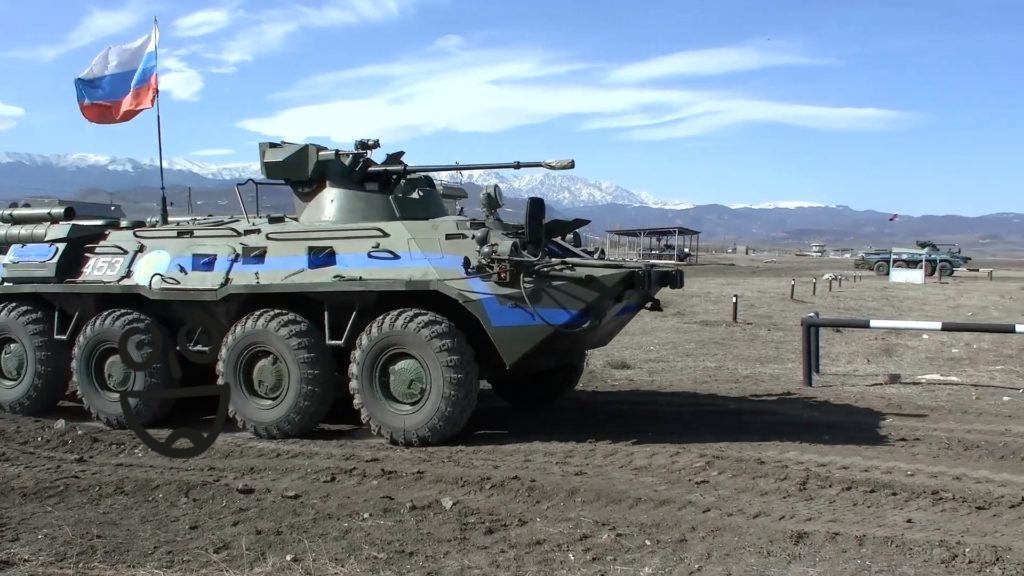 The Image released by Russian ministry of defence. That is  Russian army’s armored BTR-82A. On a training ground in Nagorno-Karabakh getting ready. (Russian MOD/EYEPRESS)

The United States state of America is certain that  Russian President Vladimir Putin has concluded to attack  Ukraine and has intimated  the strategic plans with  the Russian Army, the Western and defense officials  told news men.

Two other  administration officials told news men that they expect  invasion to begin by next week—week confirming  exactly what U.S. Secretary of State Antony Blinken revealed.

The White House explained that  a Russian invasion on Ukraine might  come within a week and urged Americans to leave the country as soon as possible.

The US National security adviser, Mr Jake Sullivan reveals that it is not clear to  the U.S.  if Russian President Vladimir Putin had made a final decision to attack, but all arms are being readied  for a rapid incursion.

“The risk is high enough and the threat is now immediate enough that prudence demands that it is the time [for Americans] to leave now,” said  Sullivan.

“We are not saying that a decision has been taken by President Putin,” Sullivan said. “What we are saying is that we have a sufficient level of concern based on what we are seeing on the ground, and what our intelligence analysts have picked up, that we are sending this clear message.”

Defense officials are  anticipating  a very bloody campaign which  begins along  two days of drastic  aerial bombardment and tactical  electronic warfare that was followed  by an invasion, with the possible goal of  change of government.