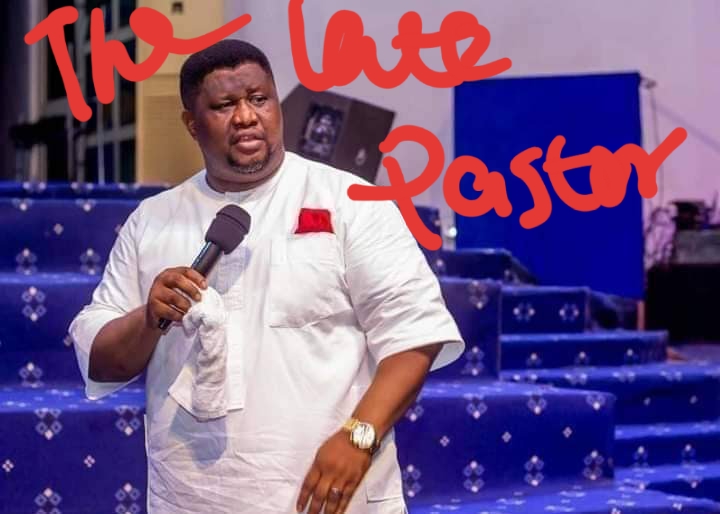 The Lead Pastor, EZEKIEL WAS REPORTED DEAD ON MONDAY EVENING AT THE AGE OF 49.

A brother to the pastor, Jonathan Atang, confirmed the news on Monday night with a cryptic Facebook post that he later pulled down.

WHO REALLY WAS PASTOR EZEKIEL ATANG?

Pastor Ezekiel is a Nigerian and a native of Ikot Udota, Eket Local Government Area In Akwa Ibom State, born as the fourth child on March 14, 973 into the family of Lt. Cdr. Friday and Head-Sister Rebecca Friday Atang. Ezekiel Atang had is early education at the Nigerian Navy Primary School in Apapa, Lagos. He started his secondary education afterward, at Etinan Institute and finished at Ikot Ekpene’s prestigious Federal Government College. He graduated in Marketing, with a bachelor’s degree from the University of Calabar.

The late pastor,  EZEKIEL ATANG IS THE FOUNDER AND GENERAL OVERSEER OF GOD’S HOUSE OF REFUGE IN NIGERIA.

Pastor Ezekiel Atang answered the divine call of God to begin his own work of ministry on April 16, 2006, after serving under the ministry of a spiritual mentor and father for fifteen years before starting his own, precisely on the 16th of April 2006.

He was a speaker, author, and expert on international relationships. A foundation, Fresh Wine for Couples International, which he founded and until his death managed, enriches marriages and relationships through seminars, conferences, and Marriage Schools. All above meetings have taken place in cities such as Philadelphia, Chicago, Ghana, and others. He’s also the host of Singles Frank Talk, a monthly event that draws between 6,000 and 8,000 youthful people. As an author, he authored  the best-selling book ‘Understanding Sex,’ as well as other works such as Lord, why am I still single? Overcoming Masturbation, Sex and Destiny, Communication without Contention, Transforming Your Marriage in 40 Days, and other topics are discussed. During his life time and ministry, EZEKIEL WAS PASSIONATE ABOUT LOWERING THE GLOBAL DIVORCE RATE, INSTILLING A SENSE OF DESTINY IN YOUNG PEOPLE, AND RESTORING BIBLICAL MARITAL AND FAMILY VALUES.His focus was on raising changed people who will be agents of change in their generation as a pastor. In line with testimonies from worshipers and subscribers, his weekly TV show ‘Living Streams’, has been therapeutic for families.

Until his death, Ezekiel Atang Was Married To Dr. Dara Atang, who serves as his co-pastor in the ministry, and they have three children: Levi, Olive, and Ephraim. Pastor Ezekiel’s wife, Dr. Dara, is a medical doctor by profession and has been involved in a number of medical charity outreaches, as well as a passion for children’s ministry. Pastor Dara is the author of ‘The Wise Woman’s Love Potion,’ which she teaches at the University of Uyo. She also serves as the Senior Pastor of Praise Church. Pastor Ezekiel Atang Cause of Death According to his family, Ezekiel died in a car accident on Monday evening after leaving the church pulpit. Other rumor had it that he died of spiritual Attack while contemplating on real cause of his death.   Prior to his passing away, the preacher was said to have fallen into a coma.