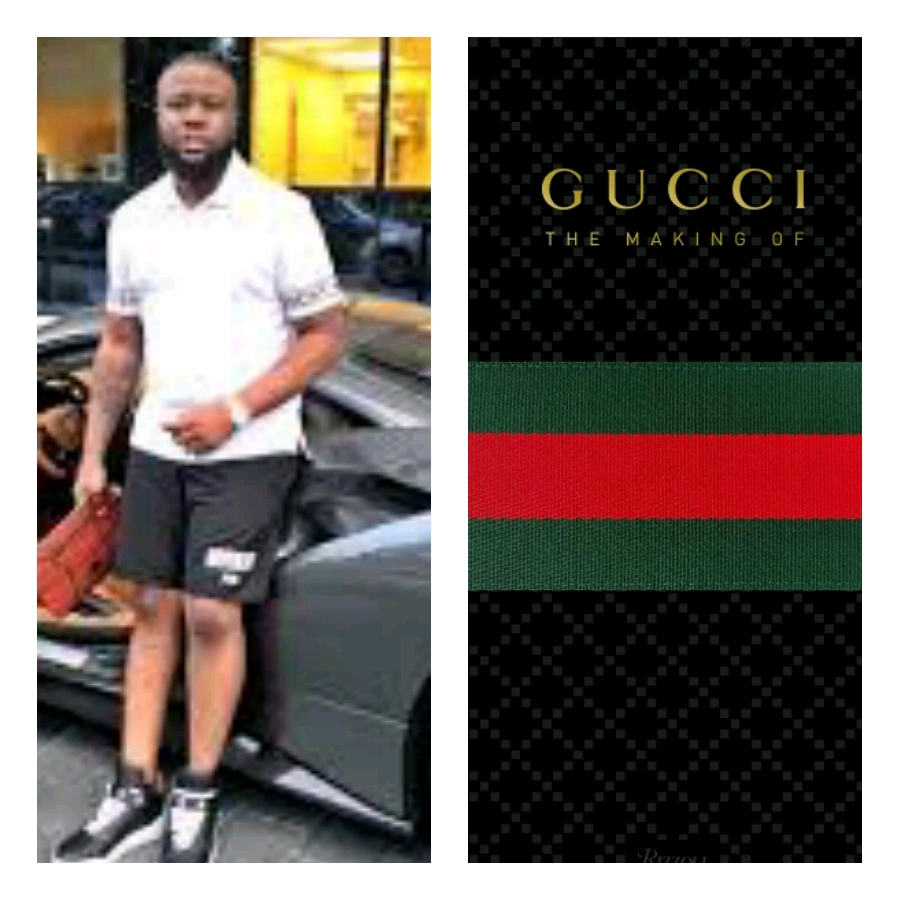 Abbas was born and raised in Lagos, Nigeria, from where he later departed to Malaysia for greener question and later, to the United Arab Emirates where he resided until his arrest. He acquired his secondary school education in Government College, Ikorodu, Lagos State.  He admitted to owning a child in 2013. Various news platforms also reported that Abbas was once a second-hand clothes seller in Lagos, a humble beginnings in which Abbas prided himself on. A close friend to Hushpuppi, Mompha, once disclosed that till date, his dad is still a cab driver in Lagos.

Going by an interviews with old neighbours of Abbas, He had a prestige of a “Yahoo boy”, a casual name for a cybercriminals. It was also gathered that he was not supported by his mother and had not lifted any of his old friends from poverty, and had ignored multiple warnings with respect to his lifestyle.

In 2017 he became the subject for the song, ‘Telli Person’ by Nigerian popular musician, Timaya featuring Olamide and Phyno, with whom he had a long-running controversy. Every lyrics contained in the song  was indirectly directed toward Abbas, indicting him of being a trickster and lavishing his money on designer clothes instead of investing in productive ventures and warning him that he would  be apprehended by authorities soon.The song was more of  prophetic warning that was fulfilled with his arrest to many.

Until his arrest by the Dubai Police in June 2020 and his extradition to the United States, the Instagram influencer has been involved on cybercrime for which he was arrested and currently, facing criminal charges in the United States for conspiracy to launder money obtained from business email compromise frauds and other scams, together with other schemes that duped a US law firm of about $40 million, illegally transferring $14.7 million from a foreign financial institution, and targeted to extort $124 million from an English football club.

Hushpuppi exhibit  pictures and videos of his luxurious spending on  watches, exotic cars, designer clothes, bags from expensive brands like Gucci, Fendi, and Louis Vuitton; also of himself boarding helicopters, also with famous people, footballers, and Nigerian politicians or while on charter jets. According to him, he is a real estate developer. The Gucci king as otherwise called also possess a passport from St Kitts and Nevis.

On the evening e his apartment at the Palazzo Versace was overrun in a security operation coded Fox Hunt 2, Abbas was nabbed with eleven others in six concurrent raids. Detectives confiscated more than 150 million Durham; about $40 million in cash, 13 luxury cars worth Dh 25 million; $7M, 21 laptops, 47 smartphones, 15 memory storage devices, 5 external hard drives and 800,000 emails of possible victims and a suitcases full of cash. The arrest was part of an FBI inquiry that indicted him as being a principal actor in a transnational cybercrime network that gave stable protection for stolen money around the world.

When he arrived the United States on 3rd July 2020 he was accused of conspiring to launder ‘hundreds of millions of dollars.

In the affidavit containing his charge,  Abbas was jointly accused with a co-conspirator of conspiring to launder funds intended to be stolen through fraudulent wire transfers from a ‘foreign financial organization’ in which fraudulent wire transfers, totalling approximately US$14.7 million, were sent to bank accounts around the world in February 2019. In as much the affidavit did not name any bank, in the records according to Forbes, the date of the attack and amount mentioned in the affidavit corresponded with the invasion on Malta’s Bank of Valletta in February 2019. $14.7 million was in February 2019, transferred out of the bank through false international transactions to accounts in the United States, the United Kingdom, Czech Republic, and Hong Kong.

The Instagram influencer with about 2.5 million followers  On 28th July 2021, pleaded guilty to money laundering and also indicting a Deputy Commissioner of Police in Nigeria, Abba Kyari, as an accomplice in his $1.1 million scam contract. In the following day, a US Court gave FBI warrant to arrest Abba Kyari. Subsequently, the Police chief was further implicated when his conversation with Hushpuppi was made public.

Photo News: see the large rocket that landed in Ukraine but failed to explode