Skip to content
HomeBlognewsAll you need to know about Abba Kyari–his biography, rise and fall 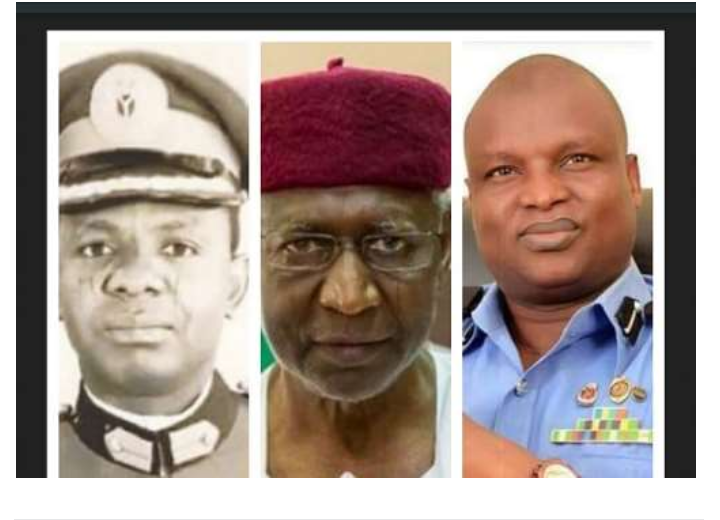 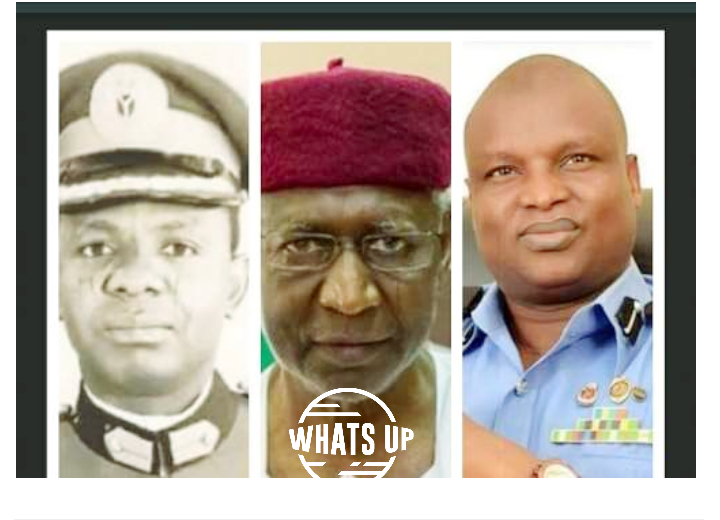 Basically, Nigeria is blessed with three personalities, bearing the same name ‘ABBA KYARI’ without altercation. While the focal point will be on one of them, below are the three individuals with the name, ABBA KYARI.

2. The former managing Director of U.B.A and late CHIEF OF STAFF to President Buhari, late Abba, Kyari,  and

This article will be looking into the life and career of the latter(DCP Abba Kyari).

Lately, the news on ABBA KYARI has been making the rounds in both the conventional and social media. WHO TRULY IS ABBA KYARI? WHERE IS HE FROM? AND WHAT DOES HE DO?

The answers to all of these, I’m sure you want to know. Just read with me as i unearth all there is to KYARI’S life.

ABBA KYARI, a Nigerian by nationality and Kanuri by tribe, is a native of Gujba Local Government Area in Yobe State. The fortune-filled gift was born on March 17, 1975, to the family of Alhaji Baba Kyari, at the urban city of Maiduguri, Borno State. KYARI began his primary education at the University of Maiduguri Staff School and proceeded to Government College Maiduguri, where he obtained his Senior Secondary School Leaving Certificate, SSCE. His desire for knowledge earned him admission into the prestigious Unimaid, University of Maiduguri in 1993 where he graduated with a Bachelors degree in Geography in 1997. Subsequently, he answered the clarion call to the one year mandatory National Youth Service, NYSC, and was attached to 6th Motorized Infantry Battalion of the Nigeria Army, at Igbawa Abak Local Government Area of Akwa Ibom State.

Upon the completion of the service to father land, he joined up to be a police officer of the federal republic of Nigeria, serving in the rank of Deputy Commissioner Of Police.

His journey into the Nigerian police force started at the Wudil police academy in Kano state, northern Nogeria in the year 2000, from where he graduated as cadet Assistance Superintendent of Police,ASP and was posted to Adamawa State Police Command for his one-year mandatory attachment in Song Police Division. KYARI was then deployed as Divisional Crime Officer (DCO) in Numan, Adamawa State, KYARI also served as Unit Commander 14 PMF Yola. The rugged transfer train of the police force transported him to Lagos State Police Command where he served in the capacity of 2 IC and thereafter, Officer-In-Charge of Special Anti-Robbery Squad, SARS.

Prior to his appointment as Inspector General of Police Intelligence Response Team (IGP-IRT) commander, he has served at Lagos State Police Command as a unit Commander in one of the PMF base located in Lagos before he was promoted and transferred to serve as the Officer-In-Charge of the dis-banded SARS. KYARI is one of the proud member of International Association of Chiefs of Police, IACP.

Presently, KYARI who is regarded as super-corps is on the down side of his career following his suspension and relieve from all police duties, pending the outcome of an internal investigation into his alleged connection with the famous Gucci King, popular alleged fraudster, Ramon Abbas “Hushpuppi”.

Not until the revelation of his engagement with the renowned alleged Nigerian fraudster, Ramon Abbas,commonly known as Hushpuppi who is presently answering the charges of money laundering leveled against him by the United States Government that indicated DCP, Abba KYARI as a party in an international scheme to defraud Qatari school founders, and subsequently, launder over $1.1million dollars in illicit income that occasioned his suspension. ABBA KYARI was the head of the Inspector General of Police’s Intelligence Response Team in the Nigerian Police Force Headquarters in Abuja.

A 69 page court record outline a dispute among members of the crime syndicate which allegedly provoked one Vincent to contact the victim and claim that Abbas and Juma, also a fraudster, were involved in fraud. Afterwards, KYARI supposedly planned to jail Vincent in Nigeria by DCP ABBA KYARI. The document further provided that Alhaji Abba Kyari allegedly forwarded to Abbas, account details into which he could make payment for Vincent apprehension and imprisonment.

It was also alleged on how ABBA KYARI journied to Dubai on Hushpuppi’s invitation and was hosted to a good time with airport pickup, cosy hotel lodging and city tour.

However, Kyari argued  these pressing allegations brought before him through his verified social media handles– Instagram and Facebook accounts. Nonetheless, a report shows that the United States Department of Justice has given a license of arrest and has requested KYARI’S extradition. To forestall sanity to the forces’ image and save the nation from international criticism, the IGP ordered his suspension, pending the determination from the committee in charge of investigation.

On 1st Augus, 2021, the Inspector General of Police declared the suspension of Abba Kyari from duty, awaiting the outcome of investigation of his role in the Hushpuppi fraud. The Inspector-General of Police, Usman Baba, had In December 2021, delivered the probe panel report on Kyari to the Police Service Commission.

Recently, the Cocaine Deal Allegation Edit On 14th February 2022, a video clip of Kyari was exposed by the NDLEA, where he negotiated the delivery of some portion of seized 25kg cocaine, and gave $61, 400 cash.

The Africa’s Best Detective Of the Year 2018.

Presidential medal for courage from President Mohammadu Buhari on 1/4/2016.

KYAR HAS ALSO LED SECRET OPERATIONS of many high profile cases that includes;

• Apprehension of Nigeria’s most notorious Kidnap kingpin Billionaire Kidnapper Chukwudumeme Onwaumadike Aka Evans in Lagos State and his Gangmembers,

•  captured the most wanted Boko-Haram Commander Umar Abdulmalik and Eight (8) of his Terrorists gang members,

• Nab of Twenty-two (22) Boko-Haram Terrorist gang members responsible for the kidnap of the Chibok School Girls in 2014 and also responsible for series of suicide bombings/several attacks and ambush against Security Agents in Borno, Yobe and Adamawa States.

• Captured the Most Deadly Kidnapper in the History of Nigeria, Henry Chibueze Aka “Vampire” in Owerri, Imo State and his gangmembers,

WITH THE CURRENT HAPPENING WITHING AND AROUND ABBA KYARI’S LIFE, it could only be said that his past glory and career hangs in the balance. Whether or not, he will be exonerated to redeem his image remains a tale to be told by time