Skip to content
HomeBlognewsModern Ilesha: A Major Collecting Point for the Export of Cocoa. 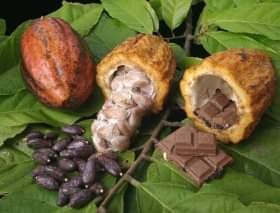 Ilesha is a town located in Osun state, Southwest Nigeria. It is the largest  town and it is the of  capital Ijesha. The town is one of the oldest settlement in Yorubaland. It has a population of not less than three hundred thousand (300,000) . The town was founded some times 1300 by Ajibogun Ajaka Owa Obokun Onida Raharaha, he was the youngest son of a Yoruba ancestor, Oduduwa. The head of the sovereign family is known as Owa Obokun Adimula of Ijeshaland.

Ilesha is formerly a caravan trade centre. Today, the town is an agricultural, commercial, and processing city in which Cocoa, kolanuts, palm products and yams are produced. Lately, alluvial gold is found and mined(the Iperindo Gold field).

Recently, Ilesha has become a major collecting point for the export of Cocoa. According to research, Cocoa is the leading agricultural export of the country and Nigeria is currently the world’s fourth largest producer of Cocoa, after Ivory Coast, Indonesia and Ghana and the third largest exporter, after Ivory Coast and Ghana. Cocoa can be export as cocoa butter, cocoa cake, raw cocoa beans and powder.

Hence, one thing to note about Cocoa production is that the chocolate raw material has most value in its processed or refined State.

Ilesha produces the largest amount of Cocoa in the country, thereby making Osun state the biggest Cocoa producing state in Nigeria. This is closely followed by Ogun, Ekiti, Edo and Akwa-ibom state. About 40% of the total Cocoa production and export originates from ilesha, Osun state.