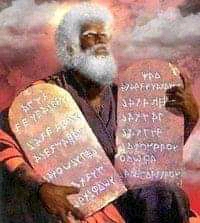 Born : circa in 15th century BC

under reign of Tuthmosis or Amenhotep Dynasty (quick research)

He was found by Pharaoh’s daughter, Flavius Josephus called her Tumeris.

All in Avaris near Nile Delta, Egypt.

Avaris was annexed to Egypt until all the Asiatic tribes left before the reign of Queen Hashesput.

After that spent his remaining life of another 40 years at Sinai peninsular, died at plain of Moab.