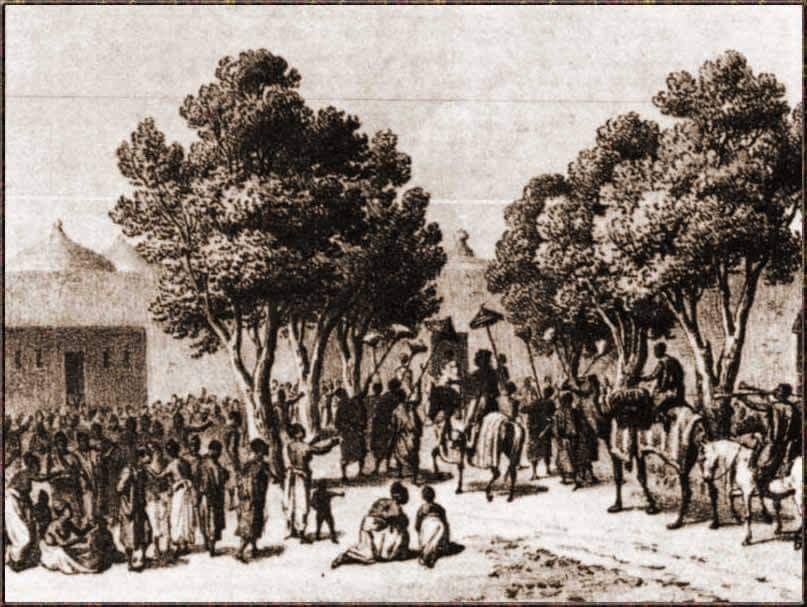 Once
upon a time, a brave Islamic scholar left the shore of Mali via the Futa Djalon
and entered Nigeria through the Northern axis. Together with his brother Umar and
other servants, they arrived in Nigeria in the late seventeen century.

Umar
as a person is an entrepreneur who engaged himself in weaving Arabian after
wear (alkimba or abaya) and was a successful business man even after relocating
to Nigeria. His elder brother Adam is a well respected Islamic scholar who had
an undiluted fear of God and excellent human relations. On their way from Mali
to Nigeria, Adam and his people met another great scholar named sheikh Soliu
Alimi Janta whose descendants are the Emirs in the city of Ilorin till this
moment. Together they both left for the city known as the present day Ilorin.

On
getting to Ilorin, the first place they settled was on a cliff called “Oke
Sunna” where other Islamic scholars from neighbouring environments were meant
to have settled and which Sholagberu was the leader prior to their arrival.
Immediately they arrived, they noted the scholarship of both new comers and
eventually made sheikh Soliu Alimi Janta the new leader.

In the
quest to spread Islam, they were faced with many wars and battles. Adam as a
brave man partook immensely in all these wars and just like any other people,
he was compensated with lands located both in the present day Kwara State and
the neighbouring Oyo State. After few years, Alimi and Adam relocated to where
is known as the present day Emir’s road due to the death of some prominent
members who welcomed them at Oke Sunna. At the Emir’s road, both were into
teaching and preaching the words of God.

Later
Adam and his people moved away from Emir’s road (following approval by his
friend) to a new place known as the present day “KUNTU” (“meaning
it would not be destroyed by death”). This name was coined as a result of
what got them dispersed (death) from Oke Sunna and considering the fact that the
two places are close in proximity. Adam became the leader of this upcoming
community and always welcomed and allocated land to newcomers who were willing
to leave under his leadership. As time went by, more and more people came to
settle in Ilorin from different places within and outside the present day
Nigeria. Alimi as the leader was then given the mantle of Emirship at the early
18th century. Other four prominent persons especially those representing the major
races within this new city were made ” BALOGUN” i.e war leaders. Adam
has a person who participated in these wars was also nominated but he declined
sighting that in the future it may become something intoxicating to the bearer of
the title and instead agreed to become the “MAGAJI” of Kuntu. As a
Magaji he was given the mandate of looking after everything happening in his
community and to report to a Balogun who will eventually report to the Emir, he
performed his duity diligently and was loved by many members of the community. Being
as it may, his actions and inactions had drawn the community backward and made
it less significant within the city of Ilorin.

As one
of the foremost communities in Ilorin, Kuntu is supposed to be a very powerful authority
but instead has been ridiculed to as less as a lion drawn in a paper because
the founding father failed to give it the power it needed to strive. Although
it was written that Magaji Kuntu title supposed to be a Balogun dynasty
according to a book written by L.A.K Jimoh, yet the polarity of the present day
situations would not allow that to work easily and therefore appeared as a lost
opportunity. From a community full of hopes and development, Kuntu has degraded
to almost zero level until the last decade. The decadence was so evident that
people were scared to marry to or from this community. Don’t forget that this
was a community founded on love for one another, enthusiasm for knowledge and
welcoming new ideas and visitors. Since inception, Kuntu had been a community
blessed with natural and human resources but almost lost  it due to negligence. The community started
celebrating things that are of no use and abolished building human resources. Young
ones could not Learn anything that would be of help from their elders because
they lack it too. All thanks to the University community that sprouted at the source
(Oke Sunna) and influenced and impacted my community positively. Till today the
impacts are still with us and we are building on it even though we are still
battling to rise again.