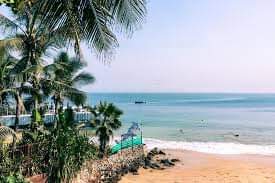 First of all Ouidah is one of historical City of Benin republic  Like Abomey and Porto Novo. Many of kings are coming from Ouidah. It’s all so the second part of Dahomey kingdom. The first setting place is Abomey where the king is available all the time.

Because Ouidah is near the sea many coming person from international Spanish people, french people, USA people are there to make transaction off slave and they give the thing the king like or would.

For my name kakanakou it’s son off one king they called AGADJA it’s the king of slave market in Dahomey kingdom at that time. You can say why you have not the same name. Let me tell you about that now.

Like I tell you up, the king stay in Abomey then I put the base of slave at Ouidah for make easy the transition with the person who needs. So for the first time I have put some staff to take care of slave and people are coming and kill the supervisor. Second time the same thing. For the last time he put his own son and Tell him before go again:” I will be here before the one who kill people are coming.” So that is the meaning of my family name.