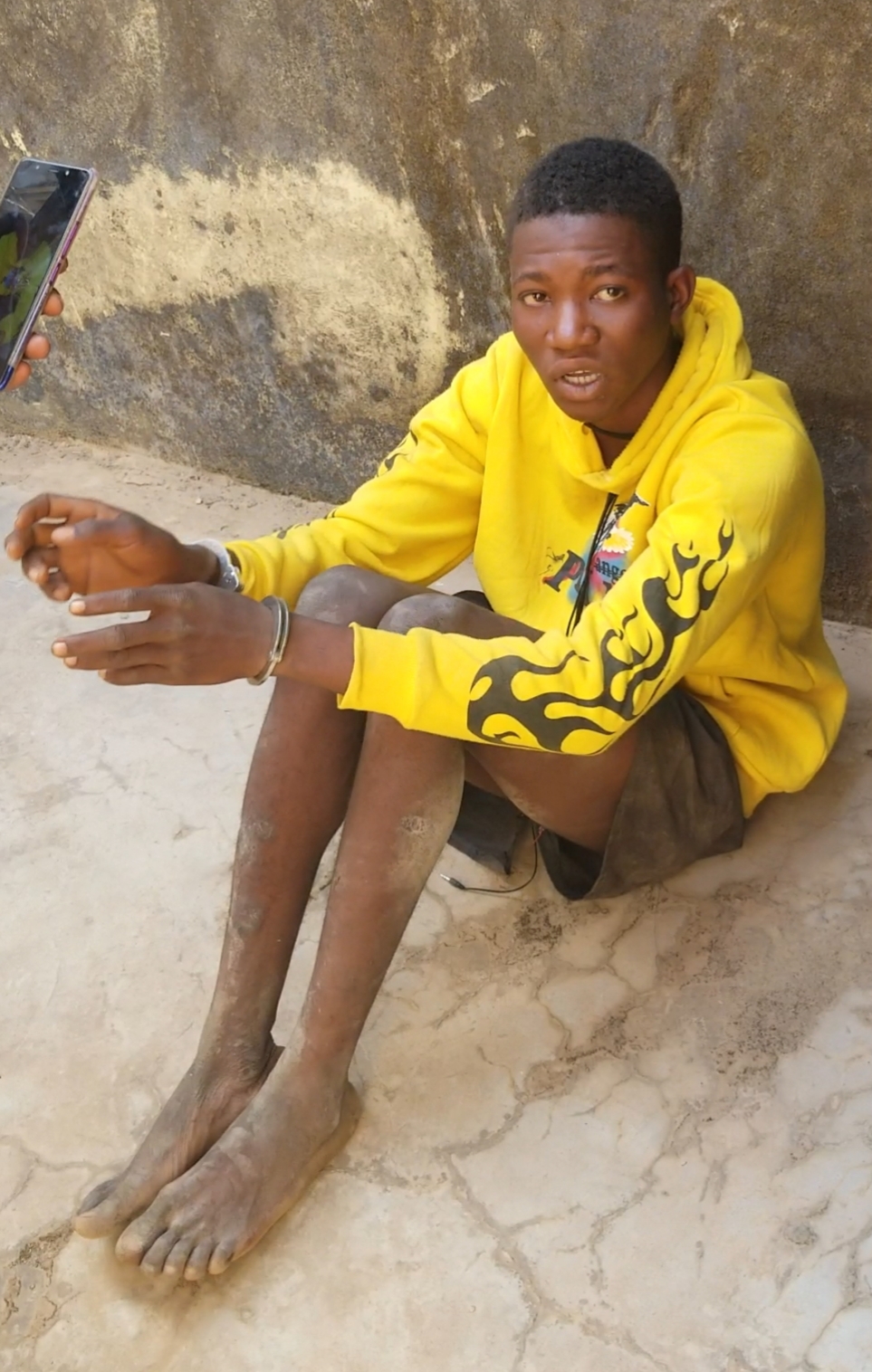 The men of the Kaduna State vigilante Service, KADVIS, Bagado Unit in Rido, Chikun local government area of the state   has apprehended a boy of 18 years after hiding him self and pretended to have been kidnapped by group of Fulani herdsmen.

The boy, Matthew Bawa who went into hiding on the 12th of December, 2021 had called the Elder brother, Mr Danjuma Bawa  using a voice changer phone. He pretended as his abductor and demanded that a ransom of thirty thousand naira  be paid else he will be killed.

The brother then ran to the office of the Kaduna state vigilante service in Bagado Unit to report the case on 13th December 2021. The KADVIS officers  in Bagado then swang into action and urged the family not to pay the ransom yet.

Accorsing to  withnesses who testified before the crime office of the Bagado KADVIS unit,  the boy who went into hiding came to house of one Raymond Cletus  on 14th of December 2021 to seek for help. According to them, Matthew bawa pleaded with the family to help him with water and also help him with a phone to call his elder brother that he managed to escape from kidnapers.

Raymond Cletus who did not believe the narrative then signalled a neighbour who happened to be a member of JTF in Bagado Unit.  Raymond then told his neighbor to help him hear the explanation of Matthew Bawa who. Mr Raymond Bawa then later  lured the boy to the neighbour’s house.

On getting to the neighbour’s house who happened to be a pastor, Matthew Bawa then narrated again how he escaped from group of herdsmen after he was kidnaped.

The wife of the pastor then gave him her phone to call the family. He then called the elder brother and spoke in the his dialect not knowing the wife of the pastor understands their dialect (Gbaghi). The 18 year-old told the elder brother  that he should hasten up to pay the ransom and further stated that his abductors were about to kill him if they don’t bring the money quickly. he then described where he was to keep the money for his abductors to pick and free him.

The wife of the pastor then explained to the husband what he told the elder brother on phone after he left.

Out of fear, the family then took the thirty thousand Naira and kept it at the described location on 15th December 2021 at about 4pm.  The boy, Matthew Bawa then  returned to the family the same day at about 9pm pretending to had been tortured by his abductors.

The pastor had earlier gone  to KADVIS office to narrate their experience with the boy. The officers then acted on the gathered informations  and  arrested Matthew Bawa  on 16th December 2021.

He confessed to have carried out the crime alone.

Following  interrogation, he led the officers to where he hid the money inside  sand and 27,000 naira was recovered.

The suspect was transferred to the state headquarters of the Kaduna state vigilante service for further investigations.