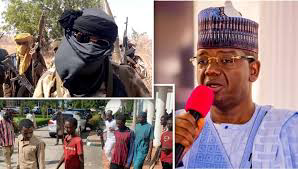 Ayuba Elkana, the Commissioner of Police, who disclosed the closure of the schools and the prohibition on vehicular movements said, they are new models to curtail the activities of kidnappers in the state, with rapid effect.

The CP said that Bello Mohammed, the Zamfara State Governor, after intensive meeting with security agents and critical stakeholders, issued the closure of all schools and placed an embargo on vehicular movement in the state’s 14 LGAs, Gusau, the state capital inclusive. Governor Bello advised citizens of the state to collaborate and continue being law-abiding, as security agents and the state government are devoted to eradicating bandits’ activities and reclaiming peace and harmony in the state.