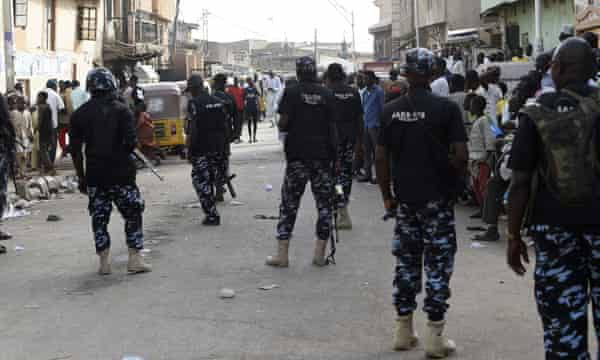 One, Emmanuel Okonkwo, a Nigerian youth has been nabbed and charged for beating up a police officer, tearing his N4,500 shirt, and destroying his wristwatch.

Mr Okonkwo had On Wednesday, been arraigned before a Grade I Area Court in Karu, Abuja, for pouncing on the officer while discharging his legal duty.

The defendant, Mr Okonkwo, 27, of Kurudu, Abuja, was charged with ‘unlawful force and attack on a public servant, hostility to public servant and mischief.’

A.O. Osho, the prosecution counsel,  informed the court that the defendant attacked Ojoh Edwin, an officer, affixed to the Jikwoyi Police Divisional Hqtrs, Abuja, when he was on duty, thereby allowing a suspect to elope.

The defendant is also said to have criminally contrived with a Keke rider.

He added that the offence violated sec. 267, 194, and 327 of the Penal Code justice system, operating in the north.

However, the accused entered a plead of not guilty to the charge.

Inuwa Maiwada, the magistrate, confined Mr Okonkwo to bail in the sum of  N200,000 with a surety who must be a civil servant and living within the court jurisdiction.

The court adjourned the case until 27 September for mention.