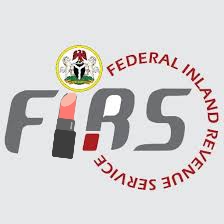 Ex-Deputy Senate President, Senator Ike Ekweremadu has lauded the Lagos and Rivers state governments over what he depicted as their heroic actions as touching the issue of Value Added Tax, VAT collection.

In a speech on Sunday Ekweremadu said the federal government has been running away from enforcing true federalism but rather bent on enforcing a version imposed on the country by past military administrations.

The lawmaker stated while weighing in on the current show-down between the Federal Inland Revenue Service, FIRS and the two-state governments on the collection of VAT.

Both the Rivers and Lagos State governments have publicly announced their intentions to start collecting their states internally generated VATs with the Governors appending their signatures to appropriate bills, making it a law to support their decision.

The development has been met with FIRS disapproval as they dragged the matter to court.

Nevertheless, the court of appeal has instructed all parties to the matter to uphold the status quo pending the decision of a petition that was brought before it by the Federal Inland Revenue Service, FIRS.

Establishing his position on the saga, Ekweremadu advised the National Assembly not to intervene by yielding to a request from the FIRS which seeks the lawmakers to amend Nigeria’s constitution and transfer VAT collection to the Exclusive Legislative List which will consequently, afford the federal government absolute right on VAT collection in the nation.

The lawmaker indicted the FIRS of trying to use the back door to attain its mission.