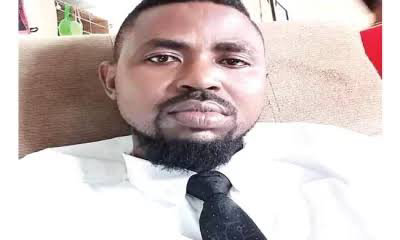 One year three law student of the Imo State University–Owerri, Kenneth Ibe has been reportedly kidnaped by armed men and have been murdered.

Ibe, an indigene of Isiala Mbano LGA of the state was murdered on Friday by his abductors and his remains was thrown along the road.

The deceased’s colleagues took to social media to mourn his death.

One of his kinsmen from Anara, Chidiebube Okeoma, portrayed the murder as dastardly

According to a post by Okeoma, ‘Our brother, Kenneth Ibe’s murder, who is a third year law student of Imo state University today is most tragic.

‘He who dwell by sword will also die by  it. What a world. Simply dimmed such a bright light. I am heart broken,’

As at thee time of this report, police have yet to respond to the happening as CSP Mike Abattam, the police spokesperson was not on seat for statements.