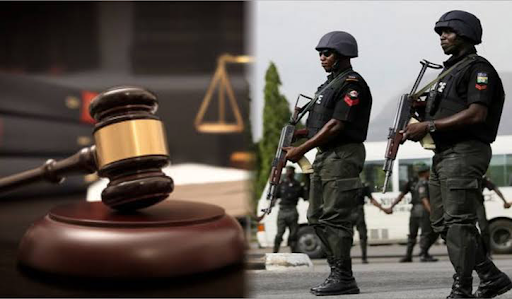 Mr Leka  who lives at Jikwoyi, a suburb of the federal capital territory, was indicted for impeding public servants while carrying out their lawful duties. However, Mr Leka pleaded not guilty to the charge.

Ayotunde Adeyanju, the police prosecutor, informed the court that the defendant perpetrated the crime on August 15.

‘The police officers under the leadership of ASP Bukar Mohammed stopped an offender and his car, and from the blues, Leka came out and started hauling insults on the policemen, thereby impeding them from performing their lawful duty,’ Mr Adeyanju informed the court.

The prosecutor said the crimes  breached provisions of the Penal Code.

However, the court granted Leka Sebanjo  bail in the sum of #500,000 with  two sureties in like sum. The matter has been adjourned to 6th October for furthee hearing.