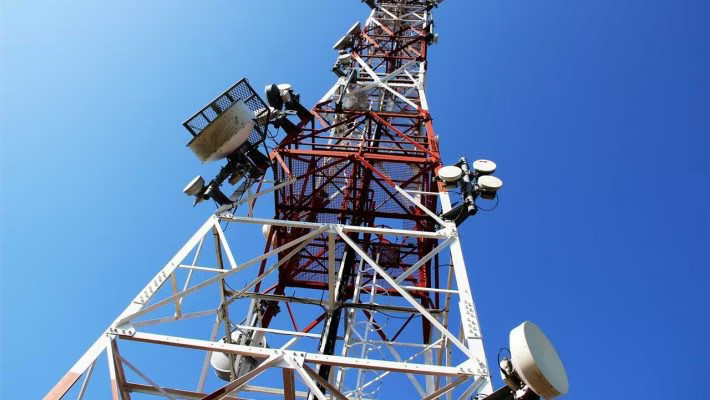 Nigeria man in Gombe state has issued a  threat of suicide by intentionally falling off a telecommunications mast if a lady is not wedded to him by his parent.

It was reported that the man climbed the telecommunications mast in the heart of Gombe city in the wee hours of Sunday, in complaint of living as a bachelor even though he is an adult.

An onlooker told newsmen that the young man may have been undergoing some sort of depression.

The  man said in Hausa, ‘more than 3 hours now, the young man has been up there maintaining that he would kill himself unless his dad marry a wife for him.

‘As it stands, I can verify that the Fire Service, the police, and Civil Defence Corps official, have been begging him to alight the mast.

‘From the picture, you can see a man climbed up to beg him and from all evidence, there’s expectation that he is liable to accept.

‘Out reporters were briefed by a person who alleges to have come from the same neighborhood as him that he’s undergoing a sort of depression.

‘The source also said the young man got miserable when his father passed on some years ago.”

When asked if the security officials provided cushioning equipments for the young man’s safe landing, the sourde said there was nothing to indicate that such was provided for.

Reporters can however, verify that at the time of this report, the young man had yet to forsake his suicide attempt.