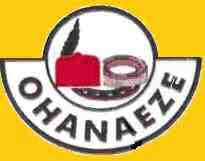 The highest Igbo socio-cultural group, Ohanaeze Ndigbo has urged the Indigenous People of Biafra, IPOB, to discard its plan to implement further sit-at-home order on the citizens of the South-East region. Correspondents gathered that the IPOB had in a briefing by Comrade Emma Powerful, its spokesperson threatened that the zone go on a month shutdown if its leader, Mazi Nnandi Kanu is not brought to court for trial by October.

However, reacting, Mazi Okechukwu Isiguzoro, the Ohanaeze Secretary-General said such an action would only deteriorate the people’s belief in the Biafra group.

Mazi Okechukwu said that ‘Ohanaeze Ndigbo globally remain devoted to procuring a political solution for the release of the IPOB Vanguard, Mazi Nnamdi Kanu from detention,’ adding that “an alternative method ( locking down the region for one whole month inclusive) will not provide solutions.

The Secretary also said the sit-at-home order was fashioned by enemies of Ndigbo so as to see to the destruction and downfall of the southeast economy.’

We the Ohanaeze scribed urged that ‘the strategy before the IPOB leadership is to rally round the followers of Nnamdi Kanu in large numbers to take vantage of the October 21st court proceeding and largely take control of the streets of Abuja, peacefully, with no conflict with security agencies so that the global community will mediate and persuade the Federal Government to do the needful.

‘Should 60m IPOB members as alleged by its leadership can storm Abuja, they will be compelled to bring Nnamdi Kanu before the Abuja High Court.

‘Abuja should be IPOB target for the needed results, as Ndigbo are emotional to their struggle since the Federal Government is pampering the Boko Haram terrorists and bandits. The government launched private programs for the secret rehabilitation of Boko Haram terrorists but uses absolute military strategies in the South against agitators battling against the killer herdsmen and government programs that facilitate nepotism and Fulanization.

‘Igbo’s support would gradually be lost by IPOB should they continue to make things hard for Ndigbo, particularly with the continual refusal of not being responsible for the various humiliations and crimes unleashed on  humanity by the so-called cultists, who in the guise of sit-at-home orders, execute evil agenda.’