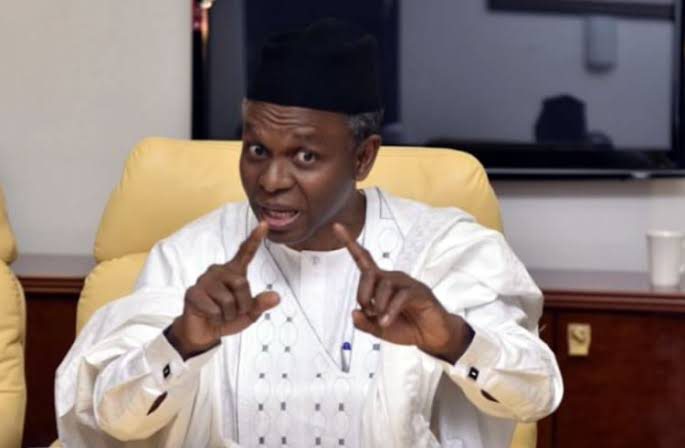 Nasir El-Rufai, the Kaduna State Governor, has advised the Joint Admissions and Matriculation Board, JAMB to shun the act of giving ‘preferential scores’ to students from  Northern Nigeria who sit for the Unified Tertiary Matriculation Examination, UTME.

El-Rifai had on Monday, said this as a guest on Channels Television’s breakfast show, Sunrise Daily.

The governor said, students in the North should not be allotted lower cut-off marks but the same cut-off marks as their partners from other regions of the country to ensure both national and international competitiveness.

Founded in 1978, JAMB is the government agency tasked with the duty ‘to administer matriculation examinations for entrance into all universities, polytechnics and colleges of education in Nigeria and to position appropriately qualified candidates in the vacant places in these institutions.’

Previously, JAMB pegs the cut-off marks across the country but the Board lately revoked general cut-off marks for entry into the country’s tertiary institutions for the 2021/2022 academic session and gave schools the liberty to set their minimum standard for admission.

When asked about Schools’ closure, the governor says terrorists and Bandits won’t win in Kaduna. He further notes that the present closure of schools in the state was the main motive of bandits and terrorists tormenting the state but he pledged that they won’t succeed.

El-Rufai said, ‘Northern region has ever been lagging in education, always, the region has been at a disadvantage right from independence even though we are given priorities, JAMB scores and all of that. All of these has not worked for us it has made our northern students sluggish.

‘Against the backdrop of JAMB and Federal Government indifference in scores, I believe people should be motivated to work hard and compete favourably and we are ready to make our children in Kaduna State competitive, not only in the state but the world in general.

‘For now, the schools are closed because, based on the recommendation of security agents, they need some months to launch massive security operations. That they are currently doing. From the next two weeks, we are confident that the gradual reopening of schools will start.

‘Perpetual closure of schools is precisely what bandits and Boko Haram want and we are not going to now to them but we must ensure the safety of our children and teachers first and foremost,’ He also noted that the gradual reopening of schools would begin shortly.

Similarly, the governor said that the state has drawn over $3bn both foreign and local enterprises in the last two years regardless of the threat of banditry.

The governor said the Nigeria Police Force and other security agents are confounded, therefore, the need to teach hundreds of vigilantes who will carry arms to confront the bandits who carry out their operation from the Kaduna forests.