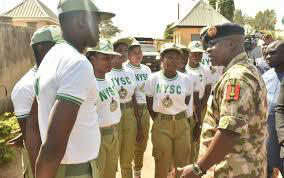 Authorities of the National Youth Service Corps (NYSC) has advised members to be ready to pay kidnap-for-ransom cartels presently on spree across the country.

A security advisory inaugurated in March 2021 told college graduates serving as corps members to tell their family members and colleagues before beginning on a road journey. Doing so would help them to prepare enough ransom that may be needed if kidnaped and save them from untimely and harsh death in the hands of the violent criminals.

Anytime you’re travelling on risk prone road like Abuja-Kaduna, Abuja-Lokoja-Okene or Aba-Port-Harcourt road, do well to inform your family members, friends and associate so as to have someone handy to settle the ransom that may be requested’ Security Awareness and Education Handbook for Corps Members and Staff noted from pages 58 to 59.

However, the NYSC has issued an announcement to refute the manual as fake news after it went viral on cyber space on Thursday, stimulated by an unidentified individuals, including a UK-based medical doctor Olufunmilayo Ogunsanya.

‘The Management of NYSC wishes to categorically state that the phrase cited is not enshrined in NYSC Security Tips pamphlet which was compile by a highly regarded retired security professional,’ the NYSC said while briefing newsmen on Thursday night.

However, serving corps members who granted an interview with newsmen confirmed the manual, sent screenshots of their own hardcopies and individually corroborated collecting the handbook from their various camps in Taraba and other states in March this year.

‘I got mine  in March 2021 just before I vacated the camp,’ said John Elochukwu, who newly finalised his youth service. ‘Not until I saw online comments, did i read the document and I went to open my own copy to check and I found that the clauses were precisely the same as those making the rounds online.’

Also contained in the handbook is warning to corps members to restrain from journeying with their laptops and other mobile gadgets, noting that whatever banking data seen on such devices might be used to assesse a victim’s financial worth.

This development has provoked many Nigerians to call for a review of the NYSC document, which was first launched in 1973 to institutionalise national harmony after the Nigerian Civil War that last between 1967 and 1970.