The name Otukpa has suffered a lot of misconception from different quarters. To some, the name Otukpa has coined from  two different sources, “OTU and KPA”. While to others, it is a misinterpretation of ” OTUBA”. As the meaning of the former thought suggests ‘Night and Hardness’, the latter implies “Gather. 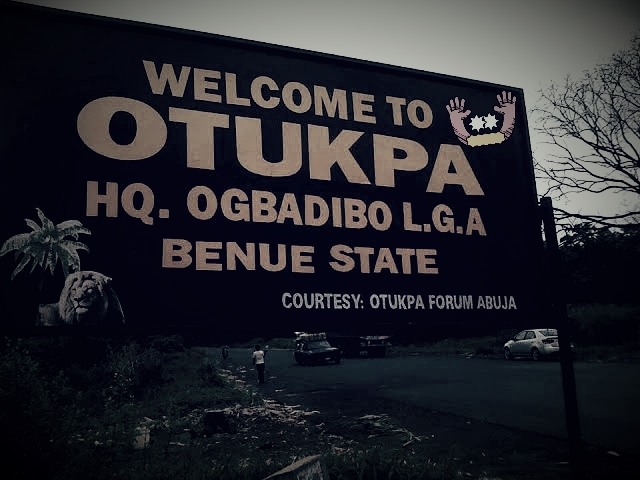 Be that as it may, Otukpa and Otukpo are same in spelling save for ‘A’ and ‘O’. Should Otu is paying at otukpa, what then is ‘otu’ in Otukpo?

In any case, the name Otukpa is symbolism of Unity, Defence and Friendship.

Otukpa plays host to the headquarters of Ogbadibó LGA, Benue state. It’s economic viability is immeasurable due to the presence of abundant natural resources such as palm produce which could be likened to crude oil as no part of it is a waste.

Otupa consist of two major clans; Ai Oodo and Ai Oono. While the coincidence that brought about the multiple Os remains a mystery, it is an established fact that the two progenitors met in a place known as ‘OTTO’,  hence the presumptions that it’s a holy land called ‘IKPAJE’.

Oono finds it worthy to advance further to the present day ‘OBU’ branch. He passed through Odebe to Ipole and then branch Obu.

Whether or not, these men married from Otukpa or elsewhere; given the fact that they were the first persons in the land, is subject to debate just like the biblical allusion of Cain and Abel; where Cain went on exile in a city where he got married while they were the first humans on earth at the time.

The och’otukpa who is the head of otukpa visits Ikpaje from time to time, especially when it has to do with the celebration of Eje-Alekwu and cleansing of the land if need be. If your hands are not pure as the king, you die immediately you come out of the Ikpaje.

The rules of Alekwu-Otukpa can be compared to the exact dictates of God as enshrined in the ten commandments.

Very cultured people with high level of morality, one of the premium obligation of the Otukpa people is obedient to elders.