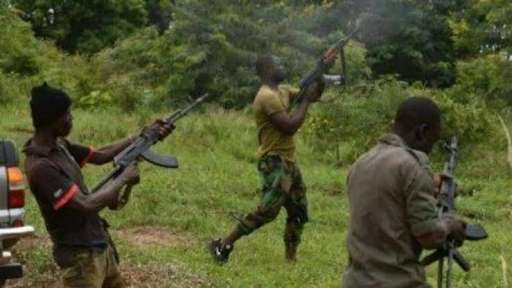 Gun men believed to be bandits have again, ambushed the Kuregu community in Zaria LGA of Kaduna State, leaving two residents dead and kidnaping an Arabic and Islamic studies instructor. Newsman gathered that the incident happened on Friday night when the  gunmen raided the village with sophisticated weapons, shot at  two persons before taking the teacher to yet to be identified destination.

The gunmen had earlier in August, attacked the zango community in zaria, Karina state where score were abducted and still in their custody.