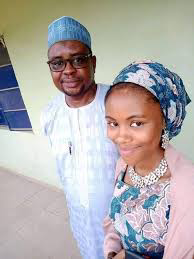 Just 24 hours after the kidnapping of family members of lawmakers in the Katsina State House Assembly, marauders have made fresh kidnappings in the state.

Also kidnapped by the marauders who held AK 47 rifles, were three other residents

According to reports, the victims’ homes were stormed at about 99 pm

Not up to an hour after the incident, the vigilantes in the neighbourhood mobilised and ran after them.

They allegedly caught up with the armed bandits somewhere in Danja LGA and after a gun duel, 3 abductees were told to have been freed.

However, Abdulkadir and his daughter are still in the custody of the bandits.

Marauders have been making life difficult for many in a new surge of insecurity in the country.

Abuja, Niger, Zamfara, and many other regions, have tasted the wrath of gunmen as they have been breaking into homes, kidnaping their victims for ransom running in millions.