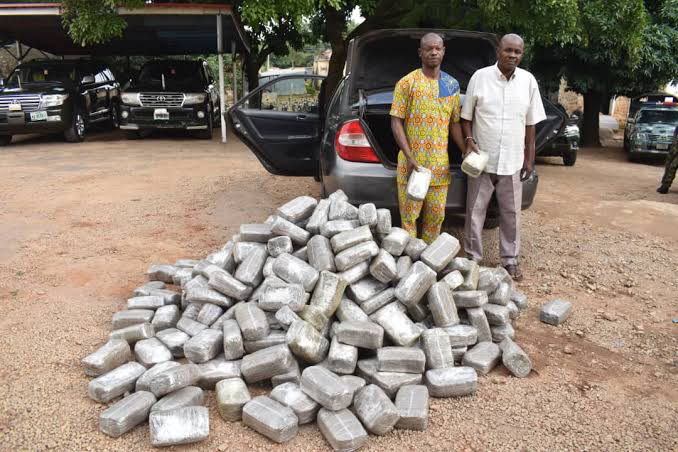 According to Take In a  statement on Sunday, the suspects were identified as Patrick Kalu, a retired police officer, sixty years; and Friday Kalu, who is forty years old.

The duo was arrested in a stop-and-search procedure at Manchok Riom Road, Jos.

The conspirators disclosed that they were hired to convey the illegal substance, valued at N9.5million, from Ondo state to Yola, the Adamawa capital.

An identity card belonging to the police, 2 Nokia mobile phones and two purses with N16,100 and N2,940 in them were also redeemed from them.

The two suspects have been handed over to the Plateau state National Drug Law Enforcement Agency Command.

Major General Ibrahim Ali, the Commander OPSH restated the resolution of the military to flush o and corrupt elements from the state and its surroundings.