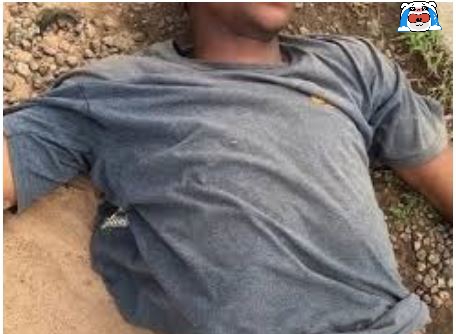 It was an awful incident in Ilorin, the Kwara state capital on Monday when a tricycle (Keke) rider popularly known as FEAR GOD was allegedly killed by a yet to be identified lawyer.

This tragic event happened around 2000 hours at the Garin Alimi roundabout in the state capital.

The tricycle rider, accidentally bashed the lawyer’s car from behind, which led to a heated argument between the deceased and the lawyer.

‘The legal practitionerr whose identity is yet to be known, out of annoyance, reportedly slams the tricycle operator with an object presumed to be a charm.’

‘After that, the man fell and died immediately,’ the source explained.

The matter has long been taken over by the police and the body of the late tricycle operator has been taken to the Garin Alimi hospital in Ilorin near the roundabout, the place of the tragic incident.

Attempts to reach Mr Okasanmi Ajayi, the PPRO of the state police command,  for a statement was not successful, as a text message sent to him was not reacted to at the time of this report.